By now you have probably heard about the invasive “Asian carp”.  That term, “Asian carp” can refer to several species of non-native carp found in our country, but specifically is it used in reference to the bighead and silver carp.  If you want to learn more about those specific invasive species, and more, be sure to take some time and check this out, http://neinvasives.com/ .

Asian carp, bighead and silver carp are here, in Nebraska waters.  You can find them in the Missouri River along the eastern border of Nebraska all the way upstream to Gavins Point Dam.  So far that dam has served as a barrier preventing the spread of those unwanted species even farther up the Missouri.  We hope to keep it that way and hope that all anglers understand the importance of that and are careful to not intentionally or unintentionally move aquatic nuisance species.

There have been a variety of Asian carp, bigheads, silvers and grass carp, present in our Missouri River for several years now.  It is also not at all unusual to find those species in our Nebraska tributaries to the Missouri River.  Last year’s drought conditions may have prevented the movement of those invaders up Nebraska tributaries, but on the other hand, the floods of 2011 produced a boom and expansion in Asian carp populations.

We are not sure what impacts Asian carp may have on our waters and on our fish populations.  It is impossible to predict the exact impacts of an exotic invasive species on any environment; all I know for sure is that you are better off not finding out by preventing the invasion if at all possible.  At this time the reality is that Asian carp are here and in a system as large and as wild as the Missouri River and associated tributaries there will be no practical way of eliminating them.  There may be some things that can be done to manage their numbers, but I am afraid no one can wave a magic wand and make them disappear.

Since we are stuck with ’em, we might as well make the best of it, and you know what?  They can be very good on the table with some cleaning and preparation tricks like these. . . .

Daryl is a lifelong resident of Nebraska (except for a couple of years spent going to graduate school in South Dakota). He has been employed as a fisheries biologist for the Nebraska Game and Parks Commission for 25 years, and his current tour of duty is as the fisheries outreach program manager. Daryl loves to share his educational knowledge and is an avid multi-species angler. He holds more than 120 Nebraska Master Angler Awards for 14 different species and holds more than 30 In-Fisherman Master Angler Awards for eight different species. He loves to talk fishing and answer questions about fishing in Nebraska, be sure to check out his blog at outdoornebraska.org.
Previous Panhandle Passages with Justin Haag – Firsts Aplenty
Next THE FISH CARS 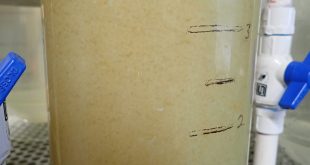 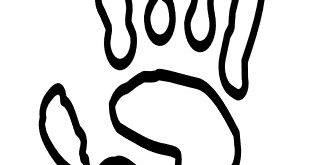