When I signed on with the Nebraska Game and Parks Commission a little over a month ago, I did so with aspirations to experience a lot of firsts. If last week can serve as any indicator, the job will not disappoint. Here’s a quick rundown:

It was my first time seeing a helicopter wildlife capture crew in action live. During one sunrise and the next, I was sprinting toward my posts on a cliff high above the Niobrara River near Valentine and the Red Cloud Buttes at Fort Robinson State Park, respectively, to chase photos of operations to capture elk and bighorn sheep.

Watching the helicopter crew skillfully hover and zip at low elevations over some of Nebraska’s most rugged country was an impressive sight. The work will no doubt result in some great information about the elk and bighorn populations in their respective regions, as 14 animals are donning new tracking collars.

The activity was fun to shoot from the ground, but my partner in photography, Eric “Fearless” Fowler, went one step further. A short while after I had scaled an elk fence to get as close as possible to the action, I looked down to the river bottom to see Fowler exiting the helicopter to get some close-ups of the operation.

I didn’t have to be in the chopper to get some idea of what it was like in the air, though. Commission video guru Ralph Wall, Fowler and I used some redneck engineering and duct tape to strap a GoPro camera to the side of the helicopter with hopes of getting footage of the crew projecting tranquilizer darts at the animals. It was somewhat of a crapshoot, but here is a preview of what we got.

It’s a long way between Chadron and Lincoln – 452 miles to be exact. I’ve discovered if an employee of the Nebraska Game and Parks Commission is making the trip from my neck of the woods to headquarters in our state’s capital city, or vice versa, there’s a good chance he’ll be taking some items with him.

My delivery items for the trip east last week included two deceased mountain lions — each of which made news when they were killed earlier this year — and a dead river otter. The frozen carcasses needed to be transferred from the freezer in Alliance to the one in Lincoln for study. It was definitely a first for me to be posed with the question, “Will you take two mountain lions to Lincoln for us?”

The mail room also loaded me up for the trip back, but those items were pretty boring in comparison … no paws appeared in my rear-view mirror with those.

The purpose of the trip to Lincoln was to meet with fellow NEBRASKAland staff and pitch story ideas for the 2014 editions of the magazine. We sat around a table and gave thumbs up or thumbs down after each writer-photographer made a case for the items on his or her list.

It was a lot like “American Idol,” without the singing and screaming. OK, who am I kidding? It was really nothing like that. I will say, though, the dispositions of staff veterans Doug Carroll, Jeff Kurrus and Fowler bear some resemblance to the original “Idol” judges — Randy Jackson, Paula Abdul and Simon Cowell. I’ll let those who know the staff and are familiar with the TV show guess which character is which.

After some scrutiny, I’m glad to report that most of my story proposals made the cut in some form. With all the great ideas brought forth by my coworkers, I know I’m in great company. Now, it’s time to get busy shooting and writing to make those stories a reality.

Justin Haag has served the Commission as a public information officer in the Panhandle since 2013. His duties include serving as regional editor for NEBRASKAland Magazine. Haag was raised in southwestern Nebraska, where he developed a love for fishing, hunting and other outdoor pursuits. After earning a bachelor’s degree in journalism from Chadron State College in 1996, he worked four years as an editor and reporter at newspapers in Chadron and McCook. Prior to joining the Commission in 2013, he worked 12 years as a communicator at Chadron State, serving as the institution’s media and public relations coordinator the last five. He and his wife, Cricket, live in Chadron, and have two children.
@Nebland_Haag
Previous Great Plains Connections with Julie Geiser – Get Outside
Next If you can’t beat ’em, Eat ’em! 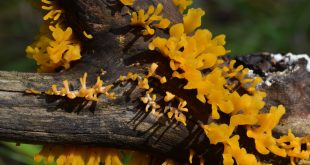