I try to keep my Friday blog posts a little light-hearted and once in awhile maybe even funny.  However, I realize my sense of humor is a little warped.  It always amazes me that sometimes even those casual, weekend blog posts draw negativity.

Well this one will probably draw some “fire” too.  I likely will be accused of being old-fashioned and “out of touch” with modern technology. . . .

My wife and I went for a walk the other evening.  We could not walk far without some person younger than ourselves walking into us while they were staring down at his or her smartphone held out in front of them.  I did not mind being run into, I out-weighed most of them, but my wife bruises easily and she was getting kind of tired of it.

I guess they all were into this Pokemon Go craze that is sweeping the globe.  Yep, I am too old to get excited about some “app” on some fancy smartphone.  I am still using an old flip phone myself, but even then it is “off” most of the time, and no, you cannot have my number.

This Pokemon thing has gotten so crazy, I even saw trail cam pictures on the internet this week with some “Peek-A-Boo” creature in them. See it?  It is the funny-looking bright, yellow creature next to the raccoon.  (Do not write and tell me it is “Pikachu”, I know that, humor me and play along.)

“Pokeman”?  Sounds like something we used to do to the kid setting next to us in grade school.  It usually got me in trouble.  Oh, and the blonde that sat behind me in English my senior year of high school, she Poke-eared me all the time and never got in trouble!  Kind of hard to concentrate on Beowulf when your ears are being poked.

Beowulf?  Ain’t that a Pokemon character?

If you go to the Pokemon GO website, the first words you read there are these, (I was actually surprised to find real words there!).

Travel between the real world and the virtual world of Pokémon with Pokémon GO for iPhone and Android devices. With Pokémon GO, you’ll discover Pokémon in a whole new world—your own!

I also read elsewhere how this new game provides mental, physical, emotional and social benefits by getting players out of the dark basements they live in, and into the bright light, walking and interacting with other Pokesearchers.

OK. . .I guess it is all relative.  The only interaction we had with the Pokemon crowd the other night was having them bump into us.  Actually, it was a lot funnier to watch them bump into trees.

I heard one “talk jock” on the radio this week who just did not get the whole Pokemon GO thing.  He did not understand how people could get so wrapped-up in it, how it could be so popular.  I know!  In fact I was shouting at the radio telling him.  (As I mature, I find myself shouting at the TV and radio more and more.  My wife and kids usually try to use the remote or dial to turn me down, see I am becoming more of an “grumpy old man” by the day).

I know exactly what it is about Pokemon GO that intrigues and captivates people:  In spite of maniacal efforts to deny it, in spite of vegan diets, and urban lifestyles, at the core, in our instincts, in our DNA, we are still HUNTERS!  The pursuit, the finding and the capture still excites us no matter how much some folks try to deny it.  Like all other predators, our eyes are still in front, and capturing Pikachu really is no different than hunting rabbits or squirrels.

By the way, I believe Nebraska’s squirrel season opens August 1!

Fishing is pretty much the same and satisfies our hunter nature.  The only difference is that those Pokefish swim below the surface where we usually cannot see them, and once they are captured we have the opportunity to release them to be caught again.

My real world might include some electronics to aid me in finding PokeFish, but instead of searching for mythical Pokemon characters, I will continue after WalterWalleye, SalmoBrownie, Pikie, and his close cousin Muskie, BigMouth and his cousin SmallJaw, RainbowGlitter, ChromeWiper, FlatOutUgly, Bluegill, Redear, Rocky, and many, many more.  When you capture one of these and then watch it swim away, it just got real, very real. Turn off the smart phone, pick up a rod!  Learn to shoot, learn to hunt, it is a lot more rewarding than the digital world, and a lot better for you too!  It is inside you, you know it is, you just need to let it out, literally, let it out!

Besides, when I hear a cell phone ringing in steelhead country, I want to grab it and pitch it into the river.  No matter how smart that phone gets, it can’t match the complexity of a steelhead.  The real miracles are swimming free in wild rivers and finding their own way back to the exact spot where they were born 4 or 5 years ago with no need for a GPS unit, recharging, or a program written by a geek in a dark room then sold by a series of capitalists trained to survey your desires and pinpoint knee-jerk reactions to things that seem really, really cool yet make no real difference in your life and actually pale in comparison to that bird flying over your head that goes completely unnoticed.

Rule number one:  Toss that life interrupting, cancer causing, brain-wave altering, dummy box of a cell phone into the glove box.  Pay attention to the life and the journey begins.  No matter how small or insignificant it may seem, it can lead to a pattern.  The marching of ants along a tree limb.  Pelicans resting on shore.  A gathering of birds.  A school of minnows.  The flight of a single mayfly.

All of which, in the mind of an actual angler, just beat the hell out of the most sophisticated toys, games, and phones geeks can build in dark, sterile rooms. Daryl is a lifelong resident of Nebraska (except for a couple of years spent going to graduate school in South Dakota). He has been employed as a fisheries biologist for the Nebraska Game and Parks Commission for 25 years, and his current tour of duty is as the fisheries outreach program manager. Daryl loves to share his educational knowledge and is an avid multi-species angler. He holds more than 120 Nebraska Master Angler Awards for 14 different species and holds more than 30 In-Fisherman Master Angler Awards for eight different species. He loves to talk fishing and answer questions about fishing in Nebraska, be sure to check out his blog at outdoornebraska.org.
Previous Mountain Lion Killed in Gering
Next Program at Chadron State Park Highlights Creatures of the Night 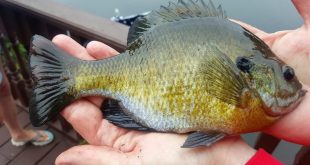 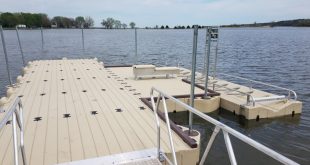 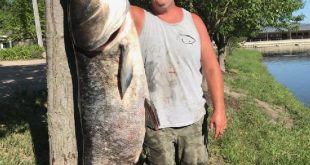 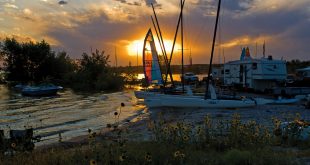 Big Changes at the Big Lake Nearly everything about Lake McConaughy is big. At 30,000 …