Nebraska Game and Parks Commissioners and staff are in the midst of the Rooster Roundup — a quest to hunt pheasants on public land throughout Nebraska. The third stop on their journey is described below.

The first of this hunt series was at Sherman Reservoir Wildlife Management Area; the rainwater basin wetlands south of Aurora hosted the second stopping point to hunt pheasants and quail on public lands.

The morning was cool and sunny with a biting breeze that made it easy to figure out the plan of attack through the food plots and native grasses. Into the wind we set off walking the first of many hillsides enabling dogs to catch wind of sitting birds.

Hunters walked the middle of the thick plots and along the edges to cover areas birds might escape through the perimeter. The field was a success with O’Connor and Allen getting a rooster a piece. Finding downed birds in the thick vegetation of Davis Creek WMA cannot be done without using four-legged friends; this hunt sported a great mix of flushing Labradors and pointing breeds all hunting together for the love of the sport.

We re-gathered and commenced hunting more of the hills and valleys of the WMA, always keeping a sharp lookout for any birds that might burst into the air and watching the dogs as they work their magic crossing back and forth in pursuit of birds.

Throughout the hunt Berggren had several discussions with Conn and the others about the habitat work that has been done at Davis Creek the last two years – Berggren is very proactive about getting more habitat for birds on public lands. Davis Creek has been a success in improving habitat with many plans for habitat restoration for the future.

Several local people wanting to assist in making this area a great place to hunt have stepped up to the plate all working together for a common cause. Charles Beebe from Scotia came to watch the hunt and to see how many birds were in the small areas that we hunted. Beebe has spearheaded some of the local support at Davis Creek. “It’s a team effort,” Beebe said. “Working with NGPC, Pheasants Forever and volunteers has all helped by donating seed, drills, equipment and time to make improvements.”

Beebe has a high regard for one particular local that spends a lot of time using his own equipment and time to do plantings at Davis Creek. “John DeRiso is one of these guys that can get a lot done in a short amount of time. He puts his heart and soul into this place to pass the hunting tradition on to others including his grandchildren that live nearby.”

DeRiso seems to be a humble man that is happy to put his time and effort into Davis Creek. “It’s a work in progress here, we are only two-years into this project,” John stated. “If you have habitat the birds will come.”

O’Connor is another supporter for Davis Creek as a Pheasants Forever (PF) member. The Cedar River Ring Necks PF chapter donates use of a drill for planting at the WMA along with money and time. “We’ve got a good start with many more acres that need impacted especially for nesting and brood rearing. We have sprayed brome this year and planted 100-acres of native grasses and legumes.” O’Connor hopes with the team effort they have at Davis Creek they can drill another 100 acres and put in more food plots next year.

Conn has plans to implement a prescribed fire regiment to get fire back on the landscape. “A combination of burning, grazing and spraying will allow more of the native grasses and forbes to reestablish. We just need to give those native species a chance to recover and flourish.”

The hunt ended at about 1:30 and was considered a success. Surprisingly the birds were in short cover today, most likely from the few warmer days we have had across Nebraska. Even though only two pheasants and two quail were in the bag, the group saw over 15 pheasants along with a covey of quail.

“This was another great hunt here in Nebraska,” Commissioner Berggren said. He wanted to remind hunters that there is opportunity to hunt in Nebraska. “Today showcased yet another public hunting area with great habitat and with team efforts we will produce more habitat and birds in years to come.”

Julie Geiser is a Public Information Officer and NEBRASKAland Regional Editor based out of North Platte, where she was born and still happily resides. Geiser worked for the commission previously for over 10 years as an outdoor education instructor – teaching people of all ages about Nebraska’s outdoor offerings. She also coordinates the Becoming an Outdoors Woman program for Nebraska Game and Parks Commission (NGPC). Geiser went on to work in marketing and writing an outdoor column for the North Platte Telegraph before returning to NGPC in her current position. She loves spending time outdoors with her family and getting others involved in her passions of hunting, fishing, camping, boating, hiking and enjoying Nebraska’s great outdoors.
Previous Happy Thanksgiving, 2015
Next Celebrate Winter, Holidays with Family-Friendly Events at Nebraska State Parks 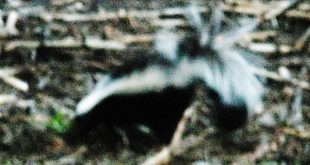 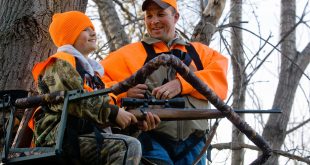 The days are getting shorter. The morning air is becoming crisper. Nature’s color show is …