I had something happen on the ice last week that I want to tell you about. . . .

You better believe I religiously ice-fish with a depth-finder in my hole just like every other hard-core ice angler these days.  No, I have not jumped into the forward-facing sonar pool yet, but the Vexilar gets turned on before I drop the first bait down the first hole and it gets turned off just before I walk off the ice.  That tool gets used even when I am fishing shallow, “weedy” water.

Which is where I was last week; out “west” relatively shallow water, lots of ice.  I was consistently marking fish, but having a hard time getting them to bite.  When that happens, there are usually a couple of things I try.  First, I will down size and drop ’em smaller jigs on lighter line.  Second, usually right after that, I go looking for bigger, more active fish.  Yes, I was drilling holes and looking for fish.  I had already covered some water.  Finding the fish was not a problem, and they were not all dinks.

It was about time to pull up for a few minutes, snack on some lunch, and try something different.

I grabbed a couple of the jigging rods I always have with me.  You know the equipment, simple rods with no reels, measure out the correct amount of line, attach a small float (i.e. bobber), and put it in the hole.

I turned off the depth-finder.  (GASP!  HORROR!)

I dropped the two jigging rods into a couple of holes drilled side-by-side.  Jigged the rods a few times, bang, the first bobber went under.  A perch hit the ice.  I ain’t going to tell you it was a big perch, but it was a nice one, and in the next five minutes two more hit the ice.  Forget the spinning rod and depth-finder! That set the pattern for the rest of the day.  I saved my battery and never used the depth-finder again that day.  It was still a mid-winter bite, I had to work for fish.  Often it would be a couple, maybe three fish from a hole, and then I would have to drill new holes and move on.  At least I was catching fish.  A few bluegills mixed in, a couple of those nice ones too, and some small bass.  One big fish threw the hook just before I could get a good look and see what it was; a bass I am pretty sure.

You can call me old, I am.  I have spent a long time on the ice before we had any fancy depth-finders and all the other modern ice-fishing gear.  Nowadays, I never hit the ice without my depth-finder, but you know what?  We caught a darned lot of fish “back in the day” before we had all of that equipment.  And you know what else?  Some days the old way of doing things is still the best way!

Why might that be?  Well, I have had days when weather conditions, wind and/or precipitation, made it hard to fish while standing in the elements holding a rod.  Put a bobber on and drop it onto the water in the hole and you could still present a bait and detect strikes. I suspect that last week a couple of things were happening.  First of all, no matter how still I held the rod maybe I was not holding it still enough?  Oh yes, you gotta jig to attract fish, but often to trigger strikes you need to “hold”.  Sometimes the hold needs to be rock steady.

Was the depth-finder in that shallow water spooking fish?  I do not know, but sometimes I wonder?  At most I was catching fish out of four feet of water.  Even on low voltage was that puck dinging them on the head in that shallow water?  I have seldom seen the fish behave in a way that I suspected the depth-finder was too much.  But, on that day last week, I believe it might have been.

Let me say a couple things about the presentation, the rods and floats.  My jigging rods are somewhat unique.  I call them “sandhills jigging rods”.  They are relatively long, one piece, and the line runs through the fiberglass rod blank.  A simple spool on the end holds line, but is not used for playing fish.  My Uncle Ivan had a bunch of them, and all I knew was that if Uncle Ivan had them, they were the best.  Back in the day, those rods could be purchased.  You cannot find them anywhere now; I buy the components and make my own.  They are ideal tools for fishing sandhill lakes or other relatively shallow waters.  If you fish deeper, you have to either grab line hand over hand or start backing up to land fish or bring up the hook. The sandhills jigging rods are like “cane poles” for ice fishing.  I always have at least a couple with me.  Often I will use them as “dead rods” when I decide to set up and fish in one spot for a while.  Or, as I was reminded last week, they can still be used for hole-hopping, especially on our beautiful sandhill lakes.

I always use a float or bobber on the sandhills jigging rods.  I will use a clip-on weight to set the depth of the bobber; usually so my bait will be suspended just a few inches off bottom.  The size of float is critical–just big enough to float the bait.  Bites can be light, even or should I say especially from the biggest fish, and I do not want to miss any because my bobber is too big. I have often said that the only sure thing I know about fishing is that you cannot catch anything sitting at home on the couch.  Other than that, there are no magic baits, no magic presentations that always catch fish.  Sometimes there is no explaining what they want, you just have to keep experimenting until you figure it out.  While you are at it, don’t overlook “old school”!

Daryl is a lifelong resident of Nebraska (except for a couple of years spent going to graduate school in South Dakota). He has been employed as a fisheries biologist for the Nebraska Game and Parks Commission for 25 years, and his current tour of duty is as the fisheries outreach program manager. Daryl loves to share his educational knowledge and is an avid multi-species angler. He holds more than 120 Nebraska Master Angler Awards for 14 different species and holds more than 30 In-Fisherman Master Angler Awards for eight different species. He loves to talk fishing and answer questions about fishing in Nebraska, be sure to check out his blog at outdoornebraska.org.
Previous At-risk Species Spotlight: Northern Saw-whet Owl
Next Panhandle Afield Podcast: Wintering Wildlife 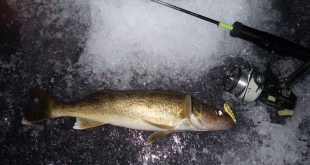 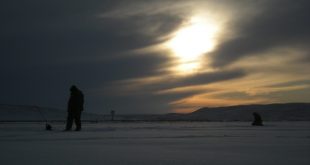