I am going to put a combination of updates in my blog post today.  These are going to include news items for waterbodies from one corner of Nebraska to the other, so if you fish in Nebraska, something in this blog post is going to include a waterbody you fish.

HEMINGFORD, Neb. — Construction is wrapping up for the upgraded boat launch facility at Box Butte State Recreation Area and its new ramp is expected to be open for this weekend’s visitors.

Husker Engineering of Burwell is completing final touches on the new handicapped-accessible launch, considered a big improvement over the old one. The ramp includes two 16-foot-wide lanes and a dock in the middle that adjusts to changing water levels. While the ramp is operational under current conditions, installation of the dock will require the water level to raise a few feet.

The new ramp is a slightly steeper grade, which means boaters will not have to drive as far into the water to launch watercraft. The parking area near the ramp has been resurfaced with rock and an overflow lot to the north will accommodate vehicles and trailers during busy periods.

At 18 percent full, the reservoir’s water level is low but beginning to rise. The lake was lowered more than 10 feet and water levels were maintained below 3,985 feet of elevation for the past year as the toe drains were being replaced on the dam. As that project reaches its October deadline, Mirage Flats Irrigation District has already stopped outflow from the dam to begin the slow process of storing water for next year’s irrigation season.

The boat launch project is being completed with the Nebraska Game and Parks Commission’s capital improvement fund and matching revenue from the U.S. Coast Guard.

The US Army Corps of Engineers (USACE) announced today that maintenance construction activities on the outlet works of Wagon Train and Stagecoach Dams have begun and will continue through December.

To facilitate the maintenance work at Wagon Train, the reservoir will be lowered one foot to 1286.8 feet Project Datum (PD). It is anticipated that the gate will be shut the first week of October and the reservoir refill will be complete by the spring of 2019.

Stagecoach Reservoir has been 7 feet below normal, at elevation 1264 feet PD, to allow Nebraska Game and Parks to complete a fish renovation. The gate has been closed and reservoir refill is anticipated to be complete in the spring of 2019.

Public access to the construction site and areas immediately downstream of the dams will be restricted during this construction. NORTH PLATTE, Neb. — The Lake Ogallala angler access area located in the northwest corner of the lake will be closed starting Monday, Sept. 24 to undergo restoration.

The restoration project will address the existing shoreline protection structures and eroding sidewalks.

The project is slated to be complete next summer. Once finished, the project will complement the new 125-foot floating fishing bridge that was installed in 2017, along with enhancing Americans with Disabilities Act (ADA) amenities and angler access to the area.

Anglers wishing to utilize the area will still have access to the floating bridge from the north stairwell until early 2019. Daryl is a lifelong resident of Nebraska (except for a couple of years spent going to graduate school in South Dakota). He has been employed as a fisheries biologist for the Nebraska Game and Parks Commission for 25 years, and his current tour of duty is as the fisheries outreach program manager. Daryl loves to share his educational knowledge and is an avid multi-species angler. He holds more than 120 Nebraska Master Angler Awards for 14 different species and holds more than 30 In-Fisherman Master Angler Awards for eight different species. He loves to talk fishing and answer questions about fishing in Nebraska, be sure to check out his blog at outdoornebraska.org.
Previous Mountain lion lottery application period ends Sept. 28
Next Horseback Ride to Support 4-H 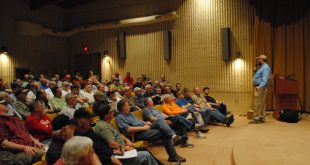 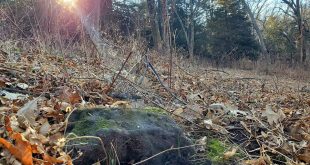 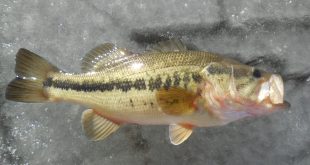 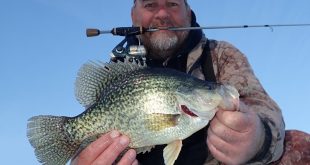 Yeah, I know.  I talk too much.  Going to be talking ice-fishing again tomorrow!  Some …