It was only a month ago that we introduced our new angler recognition program–the Nebraska Trout Slam.  At the end of my blog post on the subject I challenged to see who would be first.

Well, it did not take long!

Justin Powell of Alliance was the first to meet the requirements of the new program, in which successful entries catch one of each purebred species of trout found in Nebraska – rainbows, browns, cutthroats and brooks.

Although Powell has caught all four species in one day in the past, it took him two this time. He caught the fish in the Pine Ridge and North Platte Valley over a two-day period in early February, about a week after the Commission announced the program.

Powell, a native of Scottsbluff who first pursued Panhandle trout with spinning gear in his youth and began fly-fishing in recent years, encourages anyone who is interested in stream fishing but has not done so to get out and give it a try.

“Until you get out there, you don’t realize how many trout are in our streams and the diversity of them,” he said. “There are actually pretty big trout, too. I’ve seen some over 20s (inches) that I haven’t had the privilege of catching, but they’re in there.”

Anglers who complete the Trout Slam receive a certificate and pin to recognize the achievement. Daryl Bauer, Commission fisheries outreach program manager, said anglers have submitted several applications with one or two species, but that Powell is the only one to complete the entire slam so far.

Those who would like to learn more about the program and submit their entries may visit outdoornebraska.org/troutslam.

It is appropriate that Justin Powell would be the first to complete the Trout Slam; he has been a proponent of the “Trout Slam” idea for quite some time.  Once we finally got around to making it official, Justin set out to accomplish the Slam.

Let me share with you the photos of Justin’s entries; they are beautiful fish!

I told you that anglers in the Nebraska panhandle were going to have an advantage in completing their Trout Slam.  As an example Justin took one day and headed up to Soldiers Creek where he caught his cutthroat and a beautiful brookie: The next day he headed south and spent some time on Ninemile Creek.  Was no problem to dry off a brown trout and a rainbow there. You can see that Justin caught all his fish on the fly rod, you internet scouts can even see which bead-head nymph he was using for at least the rainbow.  Best of all–all his fish were released!

Yes, I am jealous, it may take me a bit of time, but I will get there!

I know some of the rest of you are well on your way as well; I have been seeing some entries come in, other than Justin’s fish, fourteen other trout from ten different anglers.  Most of those anglers have entered just one species, most of them rainbows, but so far there have been a couple of other anglers who added a brown trout and one who also caught a cuttie!  We certainly are seeing open water now or soon will be and I expect the entries are going to pick up!

GO FISH!  Who will be next?

Daryl is a lifelong resident of Nebraska (except for a couple of years spent going to graduate school in South Dakota). He has been employed as a fisheries biologist for the Nebraska Game and Parks Commission for 25 years, and his current tour of duty is as the fisheries outreach program manager. Daryl loves to share his educational knowledge and is an avid multi-species angler. He holds more than 120 Nebraska Master Angler Awards for 14 different species and holds more than 30 In-Fisherman Master Angler Awards for eight different species. He loves to talk fishing and answer questions about fishing in Nebraska, be sure to check out his blog at outdoornebraska.org.
Previous Ponds at Fort Robinson State Park getting major improvements
Next Two Rivers trout lake to open March 10 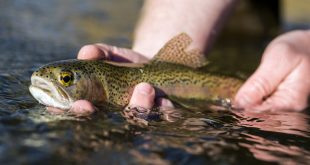 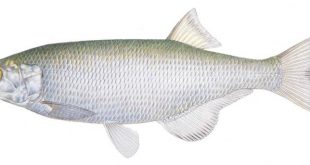 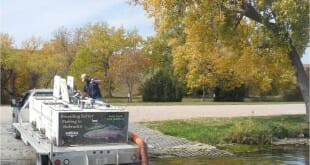 Gotchya! Not what you thought it was going to be, was it?  Ha. Believe me, …