Robinson Reports: Back to Normalcy

July 4th is in the books, which means summer is truly here in full force. Right?

For the most part, that is a true statement. Some ‘regular’ patterns for catching fish this time of year are really dominant. Things like catching suspended walleyes and catfish that are getting ready to spawn are normal right now. What isn’t normal is some of the temps we’ve had and will continue to have. Will much cooler than normal temps this coming week, it will be interesting to see how things change.

As for being normal, the Tri County Canal is getting there, slowly but surely. The river flows have slowed down, and irrigation is full force right now, which means the fish can finally settle into a pattern that they can get used to for a while. The canal has cleared up somewhat, and that’s good when it comes to catching saugers, walleyes and other fish. This past week my Mom caught her first walleye, and it was a dandy at just a little over 24”. Throw in a couple of saugers, and a hungry little flathead that tried inhaling a trolled crankbait, and it was a good day.

At Johnson Lake, it was a great holiday weekend. Lots and lots of traffic, a great fireworks display, and a packed lake weren’t enough to keep the smallmouth bass, crappies and walleyes from being caught. Trolling crankbaits around rocky areas produced most of those fish. The most surprising part was the water temp being only 75 degrees. Quite a change from the 80s that is common in the canal this time of year.

It’s been a few weeks since I’ve fished the sandpits that I frequent, so I made a few trips to see how active the largemouth bass were, and it was well worth my time. The bass are clearly feeding when the conditions are right. I was lucky to find an area with the wind blowing in right before a storm, and the bass were concentrated on a rocky point that extended into deep water. Some fish were caught 20 to 30 feet out, while others were caught right at my feet. Throwing a tight wobbling crank and covering water with the wind blowing in were the main keys in finding these fish. Getting them to attack was the easy part. As usual when sandpit fishing, I did get a couple of surprises in the form of northern pike. I only reeled in two of a suspected 4 or 5 pike that I had on, with the biggest reaching 32”. It was a true surprise too, as I felt the crank get bumped about 5 feet in front of me. I paused, the crank floated to the surface, and as I was lifting it out of the water, the pike attacked it at my feet. That will definitely snap you out of any daydreaming you are attempting while fishing, let me tell you! I was lucky to land that fish.

With lots of shad in the canal and reservoirs, I’ve heard of some less than stellar fishing, which I’ve experienced myself at times. A good way to find active, feeding fish right now is trolling crankbaits, which is very popular in our part of the world. Some fish are also being taken on spinner rigs with nightcrawlers, and I’ve heard of some nice catches on bluegills as well. Most of those fish are catfish with some nice wipers in the mix.

Get out and enjoy the cooler weather while you can, because we all know how hot Nebraska can be in July into August. I’ll be waiting and ready with cranks and shad in my cast nets. The hot season will go fast this year, so fish it while you can.

Brian Robinson is a lifelong resident of central Nebraska who has spent his entire life chasing fish of all kinds. Nearing 100 Master Angler awards for 13 different species, Brian spends most of his time fishing central Nebraska water, including the Tri County Canal system and associated waters.
Previous Stalker in the Garden
Next Stop the Presses Again, Another Big Fish! 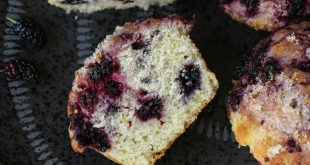 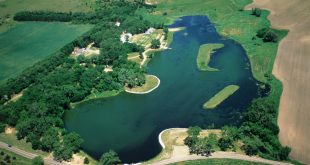 Planning on an extended weekend for this 4th of July.  So, I am dropping this …