Over President’s Day weekend, a key associate and I took a birding trip to Nebraska’s western reservoirs.  We visited Lakes McConaughy and Ogallala, which were both iced over with the exception of a little open water in the spillway.  On the evening of 15 February, we observed an odd puddle duck which I identified as a “Brewer’s Duck”.  Perhaps you’ve never heard of this species and there is good reason.  “Brewer’s Duck” is the name John James Audubon gave a specimen he collected and painted in 1840.  Audubon’s “Brewer’s Duck” is widely accepted to have actually been a Mallard X Gadwall hybrid.   Unfortunately, we only got views, photos and a little video of our apparent “Brewer’s Duck” in the last remaining daylight of that evening.  Even though the photo quality is poor, it is easy to make out that this is not your standard dabbling duck.  The video, below, is of the same bird.

Mallards do regularly hybridize with related species.  Not long ago, I shared photos and video of a Mallard X Northern Pintail hybrid found in December in Lincoln County.  In that post, I mentioned that hybrid birds challenge identification skills and caution should be exercised when identifying such birds.  This “Brewer’s Duck” does resemble other putative Mallard X Gadwall hybrids, including the photos found here.   The bird also bears a resemblance to Audubon’s painting of the “Brewer’s Duck”, shown below.

There was an excellent diversity of wintering ducks in Lake Ogallala’s spillway that included Red-breasted and Common Mergansers, Canvasbacks, Redheads, Greater and Lesser Scaup, Common Goldeneyes, and Buffleheads.  With the limited open water, the ducks were viewed relatively close and I captured a little bit of video, which is provided below.

Joel Jorgensen is a Nebraska native and he has been interested in birds just about as long as he has been breathing. He has been NGPC’s Nongame Bird Program Manager for eight years and he works on a array of monitoring, research, regulatory and conservation issues. Nongame birds are the 400 or so species that are not hunted and include the Whooping Crane, Least Tern, Piping Plover, Bald Eagle, and Peregrine Falcon. When not working, he enjoys birding.
Previous It Ain’t Over, Yet!
Next Kangaroose 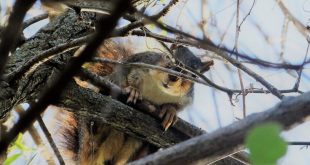 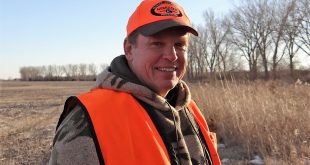 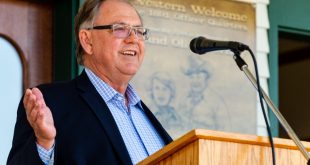 After 47 years of service, including nine years serving as director of the Nebraska Game …