Sifting through large flocks of common species searching for uncommon or rare birds is a standard practice of birding, particularly during Christmas Bird Counts (CBCs) when one of the objectives is to rack up as many species as possible.   On Saturday, 28 December, on the North Platte CBC, my party (group of birders) was sifting through a couple thousand Mallards and several hundred Canada and Cackling Geese at Bowley’s Pond.  We were successful at finding a few Greater White-fronted and Snow Geese, American Wigeons and Northern Pintails among the white-cheeks and greenheads.   Perhaps the most interesting bird, though, was an odd-looking Mallard…..or was it a strange Northern Pintail?  The bird was actually readily identifiable as a Mallard X Northern Pintail hybrid.  Below is video I captured of what is actually a beautiful product of inter-species duck love.

As many know, ducks regularly hybridize with other species.  Hybrids are rare, but if an individual does enough careful searching and observation of waterfowl concentrations, hybrids will eventually be discovered.  Mallard is often a parent species of cross-species pairs and the hybrid bird from this particular pair bond is relatively easy to identify (other hybrids are not safe to identify with confidence).   The bird in the video superficially appears Mallard-like, but it clearly has a “pin” tail.  The white patch at the base of the neck at first appears like a basic Mallard neck ring, but clearly shows the influence of Northern Pintail genes upon further inspection.  The green speculum, blue-gray and black bill and white patch at the rear of the flanks, ahead of the upper tail coverts, are all characters resembling Northern Pintail.  There are other examples of this hybrid combination on the web, including here and here.  Furthermore, a nice photo collection of Mallard hybrids can be found here.

Hybrid birds present challenges and terrific opportunities for learning about birds and bird identification.  It is just one more ingredient adding spice to the bubbling stew of birding.

Joel Jorgensen is a Nebraska native and he has been interested in birds just about as long as he has been breathing. He has been NGPC’s Nongame Bird Program Manager for eight years and he works on a array of monitoring, research, regulatory and conservation issues. Nongame birds are the 400 or so species that are not hunted and include the Whooping Crane, Least Tern, Piping Plover, Bald Eagle, and Peregrine Falcon. When not working, he enjoys birding.
Previous Goose #1138-33826
Next Two Mountain Lions Harvested in Pine Ridge 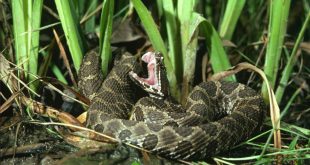