How a sandpiper’s bill is like an elephant’s trunk

All birds have bills, but different bills are used differently.  Rather than going on a prolonged digression about bills, it may be more useful to show rather than tell.  Typically, we think of bills as hard, inflexible and unfeeling.  They are comprised of bone and keratin and are used to grab, crack, poke and rip things.  That is certainly an apt description for many bird species, but not all.  Sandpiper’s bills are different.  Take a look at the photographs of a Dunlin (Calidris alpina), below.  Dunlins are small sandpipers that stopover in Nebraska as they migrate to their Arctic breeding grounds.   This Dunlin was caught in a mist-nest I had set up during a shorebird study in the Rainwater Basin.  Take a look at the bill in the first photo.

Looks like a bill, right?  Now take a look at the following photo.  The bird is able to open the distal portion while the proximal portion remains closed.  Its bill is not merely a blunt instrument, it is an incredibly flexible, tactile and sensitive tool and could perhaps be thought of in the same manner as an elephant’s trunk.    Dunlins’ and other sandpipers’ bills are this way because they search for invertebrates, their principal prey, by picking and probing in soft substrate, which is usually mud.  Since mud is “clear as mud” these birds would not make much of a living by finding prey visually.   Thus, they locate their prey by “feeling” it in substrate with tiny receptors at the end of their (again) incredibly flexible, tactile and sensitive bill.

This bird was in the hand for about a minute and released, but even during that brief encounter it was important to avoid contact with the sensitive bill in order to do no harm.  Below is another Dunlin in a more pleasing, less restricted, setting.  This Dunlin is doing what Dunlins do, foraging in shallow water and mud for invertebrates. Dunlins in breeding plumage are striking birds.  Their reddish tones and distinctive black belly patch make them stand out in a crowd.

Joel Jorgensen is a Nebraska native and he has been interested in birds just about as long as he has been breathing. He has been NGPC’s Nongame Bird Program Manager for eight years and he works on a array of monitoring, research, regulatory and conservation issues. Nongame birds are the 400 or so species that are not hunted and include the Whooping Crane, Least Tern, Piping Plover, Bald Eagle, and Peregrine Falcon. When not working, he enjoys birding.
Previous Late Season Luck
Next A Major Award 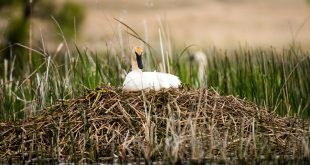 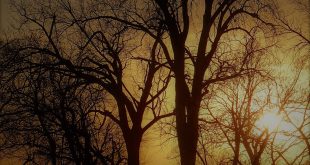 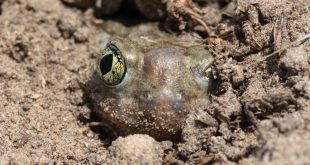