At the FLW Southern Conference High School Bass Fishing Championship at Lake Texoma (with its 1,250 miles of shoreline) this Past Saturday, Payne Ahrens and Eric Soe of Gretna High School along with their boat caption, Cory Roll, had a great time and represented Nebraska and their hometown of Gretna well!

There were seven teams with thirteen anglers. They fished seven hours and weighed just four fish. The winning team won with two fish weighing in at three pounds to win the tournament. The guys tied for fourth place and received trophies as a participation prize. A recent drop in the lake’s water level and a cold front made it a tough go for the high school anglers. Eric Soe said he could see bass, cast lures in front of their noses, but, he added, they would not bite. All in all, the trio enjoyed the fun experience fishing for largemouth bass in “big water!” Here are a couple more photos from the event. Thanks so much again fellas, for competing hard, being such great sports and representing your state and hometown well! A native of Gretna, NE, a graduate of Gretna High School and Bellevue University, Greg Wagner currently serves as the Communications and Marketing Specialist and Manager for the Nebraska Game and Parks Commission's Service Center in Omaha. On a weekly basis, Wagner can be heard on a number of radio stations, seen on local television in Omaha, and on social media channels, creatively conveying natural resource conservation messages as well as promoting outdoor activities and destinations in Nebraska. Wagner, whose career at Game and Parks began in 1979, walks, talks, lives, breathes and blogs about Nebraska’s outdoors. He grew up in rural Gretna, building forts in the woods, hunting, fishing, collecting leaves, and generally thriving on constant outdoor activity. One of the primary goals of his blog is to get people, especially young ones, to have fun and spend time outside!
Previous A tale of two pipits (wait, what’s a pipit?)
Next Man Dies in Hunting-Related Incident Near Macy 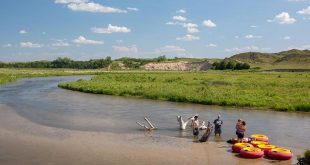 Key things to know before you go river tubing this summer 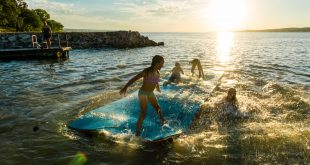 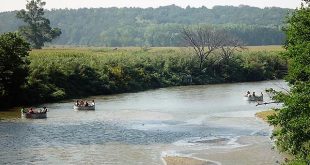 Eager to get on the water? Yeah, me, too. Summer is a perfect time to …