Thanks to Aric Riggins, Superintendent at Buffalo Bill’s Ranch and State Recreation Area in North Platte and some local North Platte businesses, anyone can view the migrating sandhill cranes from their computer, smart phone or other devices.

With advances in video cameras and wireless internet that can stream live footage anyone can enjoy the beauty of the sandhill cranes and learn more about the behavior of this intriguing, long-legged bird.

Buffalo Bill’s Ranch in North Platte now has a sandhill crane cam that is up and running. A few North Platte businesses donated their time and energy to get this project off the ground; KX-104/Huskeradio purchased the HD web cam and laptop computer for this project.  Also Cohagen Battery of North Platte donated a large battery and solar panel charger to run the cam as well as the computer.  And finally, USA Communications (Internet USA) donated Internet service and all equipment to stream the cam.

This project has been in the talking stage over the past year, and this year it has become a reality. Rob Mandeville the Huskeradio general manager in North Platte came up with this idea last spring – he and Aric tried to get the project going, but it was simply too late in the migration season to get anything going.

Typically cranes will use the meadow at Buffalo Bill’s Ranch SRA in the morning and evenings, where there is also a crane viewing trailer for observers and photographers. This location has been a mainstay for many cranes over the past several years. Sometimes when “new” things magically appear in an area it takes wildlife a while to get used to them.

Aric commented, “The problem I have at the moment is that the cranes seem to be avoiding the large wooden box all of this is housed in – with its bright shiny solar panel as well as a mini satellite dish attached to it.  Time will tell if the cranes will become comfortable with this new contraption in their living room.”

The entire set up took a little time and ingenuity to complete in a field with no electricity. A weather-proof box that houses a heavy duty 12-volt battery was built and that is hooked to a power converter to convert the current to 110-volt electricity – all that is supported by a solar panel, while the actual footage or stream runs off of wireless internet via satellite dish attached to the contraption.

Riggins is hopeful that the crane cam will bring more people to North Platte to view cranes and make the people in the area aware of all the cranes that we have to view. “If people see the cranes on their computer or other devises it might peak their interest and encourage them to come out to the ranch and view the cranes in person.”

The crane cam will be great exposure for the Buffalo Bill Ranch and the city of North Platte. Some people do not realize what a huge population of cranes we have in the Platte River area from North Platte to Sutherland. There are ample opportunities for people to go out and enjoy the cranes while they are here.

Hopefully the cranes will get used to the new electronic devises and continue to use the meadow adjacent to the Platte River.

In the off season Riggins will move the crane cam to a pond at Buffalo Bill’s Ranch where people can still view wildlife like ducks, geese, great blue herons, squirrels, and song birds.

The crane cam footage is available at the Nebraska Game and Parks web site or go to www.sandhillcranecam.com.

Here are a few cool pictures of cranes in the evening.

Julie Geiser is a Public Information Officer and NEBRASKAland Regional Editor based out of North Platte, where she was born and still happily resides. Geiser worked for the commission previously for over 10 years as an outdoor education instructor – teaching people of all ages about Nebraska’s outdoor offerings. She also coordinates the Becoming an Outdoors Woman program for Nebraska Game and Parks Commission (NGPC). Geiser went on to work in marketing and writing an outdoor column for the North Platte Telegraph before returning to NGPC in her current position. She loves spending time outdoors with her family and getting others involved in her passions of hunting, fishing, camping, boating, hiking and enjoying Nebraska’s great outdoors.
Previous BCBS “Walk at Lunch” April 24 – To Help Grow Game and Parks Foundation
Next Broadcasting from a Farmhouse Kitchen 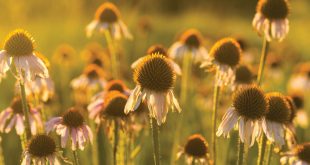 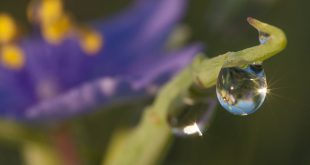 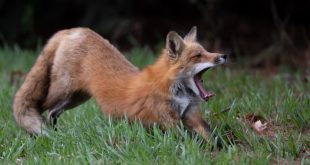 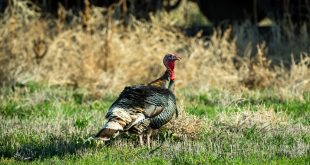