greg wagner December 20, 2021 Comments Off on Flagging for Canadas

Anyone who waterfowl hunts knows that movement in a decoy spread is crucial.

Yeah, there are a plethora of motion decoys on the market to buy — battery-powered ones, mechanical flappers, windsocks, bags, kites, moving shells, etc. However, there is another kind of motion decoy used in waterfowl hunting by the hunter — the flag.

Who would have thought that attaching a set of fabric wings with relatively stiff wire on a wooden dowel in a T-shaped form and then waving it somewhat erratically up and down and at angles would attract waterfowl, particularly Canada geese? Not me, no way.

You know what? I would have been dead wrong!

Flagging, as it is called, or a form of it, was used in ancient times to harvest geese with throw nets but re-invented for modern waterfowl hunting in the 1980’s. Avid waterfowl hunter, Randy “The Flagman” Bartz from Oronoco, Minnesota, is credited with making the initial sets of these hand operated devices that simulate waterfowl wings flapping. Bartz’s emphasis was on Canada geese. The method used by the hunter with his or her flags gives the appearance of live ducks or geese in the air either landing or stretching their wings on the ground over a decoy spread.

Coupled with proper calling, flagging is one of the most inexpensive, simple, but highly effective ways to attract the attention of Canada geese at great distances and lure them into a spread, especially a field spread. The use of flags by hunters even compliment other motion-activated decoys in a spread. If you think about it, how many times have you seen geese frequently flapping their wings in a flock on the ground or outstretched and fluttering right before landing? And, consider how many times you have seen Canada geese fly toward the decoy spread when one of your hunting partners is out of the blind rearranging decoys. Quite a bit, right?

The cool thing with flagging is that every hunter in the blind can have and use a flag (or two) to add realism to a decoy spread. Everyone is involved and part of the team effort to lure the targeted waterfowl species close enough for shots.

Okay, how does a goose hunter in a blind go about flagging?

Begin the process with the T-flag held high and flap downward with plenty of wrist action. This could be compared to jigging while fishing.

Flag starting, stopping, and starting again when geese are seen off in the distance. This tactic, it seems, offers the perception that a flock is on the ground and can even imitate one landing. Flagging at Canada geese off in the distance is very effective.  Waterfowl have tremendous eyesight and the line from veteran waterfowl hunters is: If you can see them, they have already seen you! Another thing I’ve learned about flagging: Flag aggressively and more so at Canada geese that are further out and less and subtler as they approach the spread. If you’re with  seasoned waterfowlers, let the captain or leader of the blind tell you when to flag and stop flagging.

Some hunters put their flags on long, flexible poles to allow geese or ducks to see the movement at even longer distances.

Then, they’ll use smaller, shorter flags as the birds draw nearer. The hunter can even hide behind a flag on the close approach of geese without having to duck down into the blind. I have also found that flagging sometimes works to bring a flock of geese that has flown passed the blind, back around to check out the spread. The hunter stops flagging just prior to picking up their shotgun to shoot.

I have learned a lot about flagging for Canada geese during dark goose hunting seasons here in Nebraska and had success with it!

A native of Gretna, NE, a graduate of Gretna High School and Bellevue University, Greg Wagner currently serves as the Communications and Marketing Specialist and Manager for the Nebraska Game and Parks Commission's Service Center in Omaha. On a weekly basis, Wagner can be heard on a number of radio stations, seen on local television in Omaha, and on social media channels, creatively conveying natural resource conservation messages as well as promoting outdoor activities and destinations in Nebraska. Wagner, whose career at Game and Parks began in 1979, walks, talks, lives, breathes and blogs about Nebraska’s outdoors. He grew up in rural Gretna, building forts in the woods, hunting, fishing, collecting leaves, and generally thriving on constant outdoor activity. One of the primary goals of his blog is to get people, especially young ones, to have fun and spend time outside!
Previous Targeted Conservation for Pheasants
Next 2022 Fishing Forecast 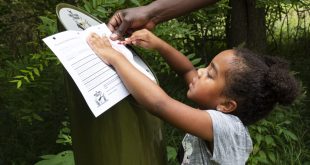 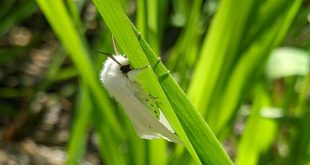 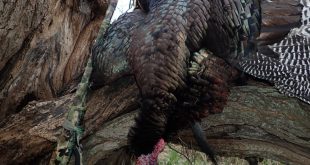