The tradition of making New Year’s resolutions — a promise to do good on acts of self-improvement — has been around for thousands of years on both the eastern and western hemispheres.

While many individuals vow to eat better, exercise more, stop smoking and build up their finances, it is far easier to make and fulfill New Year’s resolutions for an activity of which you are passionate, like hunting in Nebraska.

So, here are eight suggested hunting-oriented New Year’s resolutions to make that are attainable and guaranteed to give you satisfaction in 2020!

(1) Mentor someone new to the lifestyle of hunting — Take ‘Em Hunting! There is such enjoyment and a sense of accomplishment when hunters with many years of experience share their wealth of knowledge and experiences with someone new. Taking a first-time hunter to the field is not only a rewarding venture, but it can also help a seasoned hunter learn new things. Having to break down aspects of the hunt that seem second nature can force the longtime hunter to refocus on the simple things that may have been overlooked or are missing.

For example, most hunters are familiar with that time in the field when it’s quiet and nothing seems to be moving. That quietness is a unique experience, an awe-inspiring experience, that novice hunters seem to relish as they are encompassed by the wonders of the environment. From animal tracks to tree identification, beginning hunters tend to ask many questions. And, when the rural landscape comes alive with wildlife movement as sunrise nears, to a new hunter, a fox squirrel can sound like an elephant running through the woods, and even something as small as a nuthatch moving head-first down a hardwood tree nearby will get the blood pumping in the veins of a neophyte.

For longtime hunters, they should not limit their hunting invitations to just family or friends either. Take a co-worker or a neighbor. Take someone who doesn’t look like or act like you. Most likely, you learned to hunt from a dear friend or relative, right? Pay it forward by acquainting a total newcomer to the hunting lifestyle this year! Keep in in mind though, as with trying anything new, people who have never been hunting are sometimes not sure if they will like it, and may not take the time to find out unless invited by someone they really know and trust. A person may only need an invitation and several sessions from an avid hunter to spark their interest!

Remember, mentoring new hunters provides an opportunity to give back to the hunting culture and build a better understanding wildlife conservation and management, thereby allowing the hunting legacy to continue for future generations.

The Nebraska Game and Parks Commission is offering a new program called “Take ‘Em Hunting,” to expose more people to the lifestyle of hunting. The concept of the program is simple: Take someone new hunting, snap a photo of the hunt and upload it, along with a bit of info about the experience, to a form here. Hunters who do so will be entered into a contest to win tons of prizes, including a John Deere UTV.

But, how do they work?

First and foremost, all Nebraska hunting laws and regulations apply to them.

The Nebraska Duck Slam. It’s concept is simple: Harvest four ducks — An American Wigeon (drake), mallard (drake), northern pintail (drake) and a teal (blue-winged or green-winged, either sex) — in Nebraska and get an official certificate, Nebraska Duck Slam pin and bragging rights. Additionally, all hunters who complete the slam will be registered to win one of several great prizes generously donated by Ducks Unlimited.

The Nebraska Upland Slam. It is similar to the duck slam but obviously with an upland game bird twist. Harvest four upland game birds — A ring-necked pheasant, northern bobwhite quail, greater prairie chicken and sharp-tailed grouse — in Nebraska and receive an official certificate, Nebraska Upland Slam pin and epic bragging rights. Also, all hunters who complete the slam will be registered to win some wonderful prizes donated by Pheasants Forever/Quail Forever

Further details on the slams are available at this link.

Here’s an informative video on the upland slam:

(3) Go spring wild turkey hunting in Nebraska. Anyone who has ever spent a gorgeous spring morning just after sunrise with their back leaning against the base of a hardwood tree, or sitting in a camouflaged blind, using a call and decoys to lure in a wild gobbling tom turkey to within shooting range — as he struts almost the entire way — can attest to the addiction of this hunting lifestyle.

Nebraska offers some of the best turkey hunting opportunities in the entire country. Turkeys can be found in all 93 counties in an array of habitats. Some counties in the state even rank within the top 10 counties in the nation for wild turkey abundance! Nebraska also has several different sub species, including the highly sought-after Merriam’s bird. The Nebraska Game and Parks Commission gives turkey hunters statewide, affordable and easy-to-acquire-and-carry permits, plus long seasons, good public access and reduced-price permits for youth. Recent surveys indicate turkey hunters in Nebraska have high success (65%) and a high satisfaction rate (90%).

Interestingly, Nebraska ranks 48th in the nation among states for the amount of woodland acres it has, which is associated with wild turkeys, but is in the top 15 states in the country when it comes to the overall harvest number of wild turkeys!

(4) Don’t forget about including those with disabilities. There are more than 1.7 million people with severe physical handicaps who enjoy hunting and shooting sports in the U.S. Some of the things that are taken for granted by able-bodied hunters are life-changing events for this segment of the population: learning to shoot again, accessing wild places, or just witnessing nature.

Hunting can have a tremendous impact on the quality of life for people with disabilities. It creates an environment that fosters and facilitates camaraderie, hope, confidence, self-esteem, self-worth and independence. Injured hunters can once again take part in something that was a very important part of their lives, if able-bodied hunters put forth the extra effort to include them on a hunt and seek specialized, adaptive hunting equipment that is available for them in the marketplace or through various nonprofit organizations.

Josh Mackay of the New Hampshire Fish and Game Department sums it up best, when he says: “I know if I ever became physically impaired, I’d still want the ability to do what I want to do, and high on that list is hunting. There is no reason it can’t be a safe and enjoyable activity.”

(5) Learn a new aspect of hunting. Notable sports figure and NFL player, Odell Beckham Jr., once said in an interview:  “As you get older, you grow and mature, and that should never stop. As soon as you stop growing, you’re done living. I’ll always be growing, forever learning, forever taking in advice from people I deeply respect.”  Wise words, don’t you think? Be encouraged to step out of your comfort zone and learn something new in the outdoor world for 2018, especially with regard to hunting.

Chronicles have been written about what it takes to be a successful hunter and the one reoccurring theme is to hunt a variety of game animals and birds. This year (2017), for example, I shot my first white-tailed deer buck with a muzzleloading rifle during Nebraska’s muzzleloader deer hunting season. It is sure easy to fall into a rut doing the same old thing over and over. Link up with experienced hunters, use online research tools and apps, attend hunting workshops and seminars, and perhaps participate in guided hunts.

The opportunities to learn something new in a ‘mixed bag’ hunting state like Nebraska are almost limitless!

In many cases hunters may offer a service or assistance with farm or ranch chores, if needed. Help a farmer or rancher fix fence, put up hay, separate cattle, work on buildings, split firewood, etc. A few dozen ears of sweet corn, fruit basket, box of beef steaks or even a one-year subscription to NEBRASKAland magazine are friendly gestures that many rural Nebraska landowners like.

Hunters should also consider offering to share some of their processed wild game meat.

Always include a note of thanks with the gesture of appreciation and set aside some time to visit with them!

(7) Volunteer to become a certified firearm or bowhunter education instructor. Volunteer instructors are the key to having effective outdoor education programs and furthering the lifestyle of hunting. Becoming a volunteer hunter or bowhunter education instructor is a great way to help save lives, prevent injuries, promote personal responsibility, create an understanding of wildlife management, meet people in the community, and positively influence the attitudes and actions of other resource users.

Certification as a volunteer hunter or bowhunter education instructor in Nebraska instructor is considered to be an honor and a privilege. Both as a group and as individuals, instructors represent a proud and honorable tradition of volunteer citizen involvement in providing community service, particularly for youth.

Additionally, volunteering in these programs is a nice way to meet and connect with people who also enjoy hunting. For more information, contact Jackson Ellis of the Nebraska Game and Parks Commission (Jackson.Ellis@Nebraska.gov).

(8) Host a wild game dinner. As a hunter, wow friends, family and neighbors with a fun wild game dinner. Prepare healthy and delicious recipes for a variety of the wild game animals and birds that you or others have harvested. They’ll love the fact that free-ranging wild game meat is low in calories, cholesterol and fat, as well as free of antibiotics, steroids and hormones, and its origin can be sourced.

Delight your guests by providing tasty samples of venison (deer), pronghorn antelope, elk, pheasant, quail, goose, duck or wild turkey. Whether the culinary style is basic or elaborate, the wild game dishes are sure to be conversation pieces and crowd pleasers.

Even the offbeat critters such as raccoon and beaver can be outstanding table fare and served as a fun mystery dish. Be sure to remove any fat and musk glands and cut the meat into chunks. Soak it in a mild salt-based, brine solution for about 12 hours (½ cup salt to one gallon of water) and cook it in a slow cooker with plenty of spices and vegetables—the more tomatoes, the better, many say. Let it cook until the meat falls off the bones. You and your guests will be pleasantly surprised!

More importantly, the guests will receive a positive message about the benefits of hunting and trapping.

A native of Gretna, NE, a graduate of Gretna High School and Bellevue University, Greg Wagner currently serves as the Public Information Officer and Manager for the Nebraska Game and Parks Commission's Service Center in Omaha. On a weekly basis, Wagner can be heard on a number of radio stations, seen on local television in Omaha, and on social media channels, creatively conveying natural resource conservation messages as well as promoting outdoor activities and destinations in Nebraska. Wagner, whose career at Game and Parks began in 1979, walks, talks, lives, breathes and blogs about Nebraska’s outdoors. He grew up in rural Gretna, building forts in the woods, hunting, fishing, collecting leaves, and generally thriving on constant outdoor activity. One of the primary goals of his blog is to get people, especially young ones, to have fun and spend time outside!
Previous Merry Christmas, 2019
Next Cats On Ice 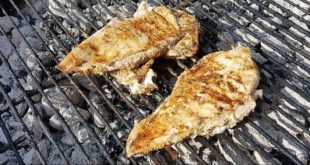 Hunters, other recreationists advised to be smart during COVID-19 crisis