LINCOLN, Neb. – Donations of deer to the Hunters Helping the Hungry (HHH) program are expected to rise dramatically this fall. On the other hand, cash donations to fund the program have plummeted.

The Nebraska Game and Parks Commission is seeking cash donations to HHH so it can continue to feed Nebraskans in need. Each dollar donated provides two meals of ground venison.

“If each person buying a deer permit donated just $1 each year, we’d have funds to pay for processing the 900 deer we expect could be donated,” said Teresa Lombard, HHH coordinator for Game and Parks.

HHH, which was created by the Nebraska Legislature in 2012 with the passage of LB 928, is funded entirely by tax-deductible cash donations from hunters, businesses and individuals. HHH contracts with processors, who prepare and package ground venison from donated deer. Charitable organizations then pick up and distribute venison to Nebraskans.

Hunters who offer deer for donation pay no processing fee if it is accepted. But HHH might have to accept fewer deer because funds are lower, reducing the number of meals provided to Nebraskans in need.

More than 540,000 meals have been distributed since the program began.

“By making a cash donation, we can make sure that each deer a hunter wants to donate can be processed and more families in need can be fed,” Lombard said. “The popularity of the program has resulted in an increase in processing costs that quickly outpaced the cash donations to pay for it.”

For more information about HHH or to make a cash donation, visit http://outdoornebraska.gov/hhh.

Jerry Kane is the news manager with the Nebraska Game and Parks Commission. He can be contacted at jerry.kane@nebraska.gov or 402-471-5008.
Previous West entrance to Yankee Hill WMA has reopened
Next Youth Hunter Education Challenge is Oct. 13 at Platte River SP 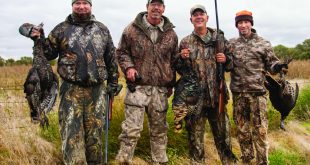