Wild Foods In Your Backyard

As the trees bud, the lawns green and the flowers bloom, did you know that may have food growing in your yard, lot, garden or field?

Now that spring has finally sprung, some of the more prolific, more accessible wild edible foods make their initial appearances. It’s when edible wild plants are at their most tender, tastiest stage. And your own backyard, garden, vacant lot, alleyway or patch of woods or prairie, could very well be the closest and most productive place you’ll find to forage this time of year. I heard someone once say: “Eating local doesn’t just mean eating food that was grown and raised here, but also discovering and sourcing the foods that actually belong here!”

Besides the positive health benefits, picking local wild, edible plants can even save you some grocery money!

Here are several of the more common edible plants (yes, some are weeds)  that may be growing in a location just out your back door!

Common Dandelion. No question the common dandelion has to be the easiest wild edible to both find and identify. Most of us know them from our childhood, and their bright yellow color makes them easy to spot. Dandelions grow virtually everywhere! The dandelion, native to Europe and Asia, was originally imported to North America as a food crop. It is a common colonizer of disturbed habitats, both from wind blown seeds and seed germination from its seed bank. They are full of nutrition, and some call them “super foods!” Every part of the plant is edible, though some parts are tastier than others. The root, especially, is very bitter and rarely used. The greens tend to be bitter, but in the springtime, the younger, more tender leaves seem to be much less so that the mature summer leaves. Mix them with other greens raw in a salad after rinsing with clean water. Probably everyone’s favorite part of the dandelion is the flower–which is at it’s peak in April and May. As long as the area has not been sprayed with hazardous chemicals, a flower can be picked and eaten right from the plant itself! The dandelion flower is, of course, much sweeter than the greens, just make sure to remove the green “base” during harvest which is very bitter, and consume only the yellow portion of it.

Ground Ivy (or gill-over- the-ground). A member of the mint family growing in moist, shady areas, ground ivy or gill-over-the-ground, it has sort of scalloped-like leaves about the size of a house cat’s paw (hence another nickname “Catsfoot”) with purple or blue flowers. With its uniquely square stems, the aromatic ground ivy was introduced to North America by European settlers. In present-day the perennial plant is cussed by homeowners and lawn care professionals because of its aggressive, low-growing, difficult-to-control nature. Ground ivy is considered a lawn invader but it should definitely not be overlooked for its culinary uses. Back in the 16th century, ground ivy was utilized to clarify, flavor and preserve beer and served as a cure for inflammation, tinnitus and congestion. Today folks include it in making soups, salads and teas. Nevertheless, be forewarned, ground ivy leaves possess a strong, pungent flavor so don’t over use it. A few leaves sprinkled in a salad though can offer a nice, earthy, somewhat minty, peppery punch.  Younger, smaller  leaves are the most palatable.

Stinging Nettle. The stinging or common nettle grows widespread in Nebraska. The plant is particularly found as an understory in wetter environments like moister woodlands, but it is also found in meadows. Stinging nettles can be a staple for a spring wild edible harvest. Get the nettles while they are young or cut off the top four to five inches of the plants. For harvesting nettles, it is advised to wear a long-sleeved shirt as well as long pants, shoes and socks, plus put on protective rubber gloves. Proceed slowly and exercise caution in the collection process. Once home, a quick, effective parboil neutralizes the sting of the plant. You can freeze them for use throughout the year and put up lots of nettle pesto, which is great for a quick and healthy version of mac ’n’ cheese!” These also make for a good salad or inclusion in a stir fry dry dish with a peppery zing.

Wild Onion. It is exceedingly common and one of the first wild foods to emerge in the springtime. Look for them in yards, fields and along the sunnier edges of woodlands. You can collect the bulbs of wild onions, but often times, they are only around the size of a pea or marble. The bulbs will require cleaning to remove dirt.  The green tops of the plant are easy to collect and wash, and are very similar to chives. You’ll find that the bulblets at the top of the plant are good eating, too. Even the flowers have the distinctive onion flavor, and make an interesting addition to early summer salads. Experts caution that there is a mildly toxic plant that closely resembles the wild onion, however it is easy enough to tell which is which. Wild onions smell like onion. The toxic plant doesn’t. Not even close. Wild onion bulbs can be treated like green onions or even tiny cocktail onions – sautéed or pickled, or even used raw. The green top portion of the onion can be used in place of chives in any recipe and are extremely tasty!

Lambsquarter. This is a common, prolific wild plant of neglected gardens and sunny fields. In the springtime, the entire plant is tender and delicious. Due to the somewhat waxy/powdery looking coating on their leaves and their salty taste, it is suggested to cook the lambsquarter leaves. Once done and cooled, they make a delicious substitute for spinach in any dish. If you’re curious, that whitish dust present on each leaf is made up of mineral salts from the soil and is an indication of mineral-rich value. The leaves are flush with Vitamins A and C as well as containing good amounts of calcium, riboflavin, niacin, thiamine, manganese and potassium. This plant is thought of as an undesirable weed, but it has been eaten throughout human history. Lambsquarter is a close relative of quinoa which tastes strongly of spinach and is still cultivated in Mexico today. There are several explanations of the origin of the lambsquarter’s name. One hypothesis is that the shape of the leaf is reminiscent of a cut of lamb meat, the quarter.

Curly Dock. The young tender leaves of this plant are tart but can be used in a salad as a wild leaf vegetable. They have a slightly acidic taste, a little like wood sorrel, with only a trace of astringency. The young leaves should be boiled in several changes of water to remove as much of the oxalic acid in the leaves as possible or can be added directly to salads in moderate amounts. Some folks blanch or sauté the leaves and even freeze batches of them to last through the winter months. Curly dock, with its leaves high in beta-carotene, Vitamin C, and zinc, became an important vegetable during the Great Depression, when people were hungry. It is said that the juice of curly dock can counteract the effect of stinging nettles on the skin. Habitats of the curly dock include many areas such as seeps, glades, weedy meadows (including areas prone to occasional flooding), pastures and fallow fields, vacant lots, roadside banks, graveled areas near railroad tracks, edges of yards and gardens. Disturbed areas of soil are preferred by the plant.

Wild Violet. Viola pratincola, is a cool season, perennial, broad leaf plant or weed. It is one of the first plants to flower in spring, growing well during cool parts of the growing season, and is typically found in sun-shaded or shaded moist areas with rich, well-drained soil. They may spread into sunny areas. This is one of the more common violets in the woodlands of eastern Nebraska from late April through May. But many folks don’t realize that they are edible! The tender, young leaves can be used raw in salads in combination with other greens to spice it up. The young wild violet leaves have sort of a slight peppery taste to them. They can also be cooked like spinach, combining them with wild onions and garlic mustard leaves to add a flavorful zest. The flowers are edible as well and adding these vivid floral heads — along with redbud blossoms, dandelion heads, and mustard flower buds to a salad — adds a nice, colorful purple/blue touch with a sweet, mild favor. Wild violet flowers can also be placed atop elaborate desserts to enhance their appeal.

Important!
Never eat any wild plant unless you are completely certain that you have identified it as an edible species!  Identification is entirely your responsibility. . . and it can also mean your life!
Always cross-reference the information you find on the internet with a plant expert, organized foraging group, or several credible reference books or apps. Some wild plants have poisonous look-a- likes, and it is critical to recognize the difference when harvesting. To spot those poisonous imitators; a good rule of thumb foragers have is to memorize three characteristic of plants you like that no other plant has. Please know that some plant compounds can interfere with specific medications, so check with your physician or pharmacist prior to searching for wild food resources.

The location of the plant is also an important factor. Plants near roadways or parking lots are often coated with pollution (vehicle exhaust residue, etc.) or harmful chemicals (pesticides, herbicides, fertilizers, etc.), while plants adjacent to farm fields could be infected with unhealthy levels of agricultural chemicals. Beware of plants near waterways, as microscopic parasites could have been washed onto them. You should always take the necessary precautions before eating a wild plant. At a minimum, thoroughly rinse it in clean water, and even boil it to kill any possible bacteria. Also, if any plants smell of almonds, do not eat them! They are almost always poisonous in the wild!

Furthermore, it is recommended that an individual try just a small amount of a wild plant to start, and if everything goes well, a slightly larger amount may be eaten. Then, wait 24 hours before eating more quantities, just to be on the safe side.

Have fun, but be responsible! Check laws/regulations for harvesting plants on a given tract of land, get permission to collect wild edibles on any property, and respect nature by not over-harvesting certain plant life and removing any litter found! GW.

A native of Gretna, NE, a graduate of Gretna High School and Bellevue University, Greg Wagner currently serves as the Public Information Officer and Manager for the Nebraska Game and Parks Commission's Service Center in Omaha. On a weekly basis, Wagner can be heard on a number of radio stations, seen on local television in Omaha, and on social media channels, creatively conveying natural resource conservation messages as well as promoting outdoor activities and destinations in Nebraska. Wagner, whose career at Game and Parks began in 1979, walks, talks, lives, breathes and blogs about Nebraska’s outdoors. He grew up in rural Gretna, building forts in the woods, hunting, fishing, collecting leaves, and generally thriving on constant outdoor activity. One of the primary goals of his blog is to get people, especially young ones, to have fun and spend time outside!
Previous Nebraska Project WILD to offer educator workshop focusing on birds
Next Willows and Wings birding hike is May 19 at Willow Creek SRA 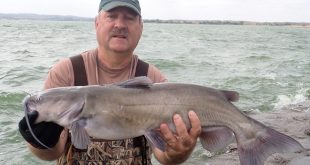 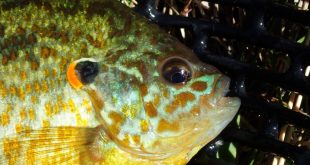 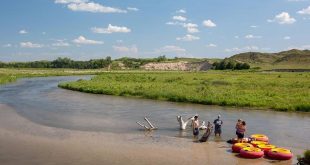 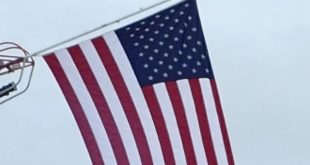