LINCOLN, Neb. – The Nebraska Game and Parks Commission reminds the public that an informational meeting regarding fisheries improvements and future projects at the Valentine National Wildlife Refuge will be held Oct. 5 in Valentine.

Presentations will be given on improvements over the past several years, ongoing fish management surveys, fish populations for individual lakes, plans to eradicate common carp, and proposed future fisheries management actions. Following the presentations, attendees can ask questions and discuss concerns and ideas at various information stations covering a variety of topics about fisheries management at the refuge. 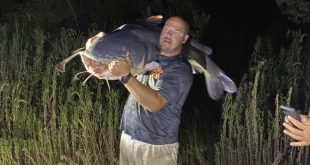 Explore the parks with these Game and Parks events in September

Accept the challenge; give Nebraska Upland Slam a try

Up for a challenge? How about harvesting a ring-necked pheasant, sharp-tailed grouse, greater prairie-chicken and …