Nebraska is chocked full of wonderful state park lands. From the home of the state’s tallest waterfall to the Ozark-like bluffs along the Missouri River, the state’s 77 state park lands encompassing some 72,165 acres are diverse and have much to offer the park goer.  These public areas serve to show us that natural beauty, spectacular scenery and fun outdoor recreation is not far from any point in the state.

Compiling a list of the 10 best state park lands in Nebraska would be a difficult task to do, don’t you think?  Well, that particular task was assigned to me recently.

What makes assembling that list so tough is that each individual park area possesses its own unique features. I should know, I have traveled to all of them in my 37 years of experience here at the Nebraska Game and Parks Commission.

I’ve done my best to put together a list of the top 10 Nebraska state park areas and by which distinctive characteristic or characteristics each has come to be known. See how many you have visited. I hope you like it, and moreover, I hope that it encourages you to go to an area where you have never been.  Feel free to share your comments, too. Here’s the list:

10. Fort Atkinson State Historical Park near Fort Calhoun in northeast Nebraska. Step back in time and relive what life was like in a reconstructed U.S. Military Outpost on the Missouri River in the 1820’s this state historical park. On certain weekends in spring, summer and fall there are dozens of different living historians on the fort grounds re-enacting history, including soldiers drilling, firing cannons and hoisting the American flag. The famous mountain man Hugh Glass made a stop at Fort Atkinson.

9. Lake McConaughy/Lake Ogallala complex near Ogallala in southwest Nebraska. This is a giant water playground at its finest! Lake McConaughy, an inland sea of nearly 36,000 water acres, offers cool, clear water, white sugar-sand beaches, and tremendous fishing. It’s hard to beat “Big Mac” and its “Little Lake” for a vacation on, in or near the water. Lake Ogallala (below Lake McConaughy), by the way, has some exceptional trout fishing!

7. Niobrara State Park near Niobrara in northeast Nebraska. Overlooking to confluence of the Niobrara and Missouri Rivers, this state park presents the most commanding views of any place in Nebraska, especially from the modern cabins situated atop the park’s high hills.

6. Platte River State Park near Louisville in southeast Nebraska. This is a quieter state park in the scenic Platte River bluffs of Cass County that offers a superb looping nature trail network. Whether you just want to take a leisurely stroll or hop on your mountain bike, the nature trails at Platte River are excellent to explore!

5. Mahoney State Park near Ashland in southeast Nebraska. A must-go-to for day trips any time of year with the family or out-of-town guests in between Omaha and Lincoln. From cooling off in the park’s family aquatic center on a hot summer day to experiencing a play or melodrama in the park’s theater during an evening, there’s something for everyone to enjoy at Mahoney State Park.

4. Ponca State Park near Ponca in northeast Nebraska. This park leads all others when it comes to anything connected to outdoor education and wildlife viewing. The park, located in the bluffs above the Missouri River, has accommodations and activities similar to other state parks in Nebraska, but boasts a wide variety of hands-on outdoor activities to try as well as resident and migratory wildlife species to see. The park also is the site of the wildly popular Missouri River Outdoor Expo on a designated weekend in mid to late September.

3. Indian Cave State Park near Shubert in southeast Nebraska. Referred to as “The Nebraska Ozarks,” this large state park is the preeminent one in Nebraska for rugged hiking, backpacking and horseback riding trails in beautiful hilly, forested terrain covered with hardwood trees. It would be a premier park for tent and RV camping.

2. Chadron State Park near Chadron in northwest Nebraska. This is the oldest state park in the Cornhusker State and offers campsites and cabins situated amid the smell of the ponderosa pines in the heart of Nebraska’s majestic Pine Ridge country. Chadron is known for its many miles of challenging and scenic mountain biking trails.

A native of Gretna, NE, a graduate of Gretna High School and Bellevue University, Greg Wagner currently serves as the Public Information Officer and Manager for the Nebraska Game and Parks Commission's Service Center in Omaha. On a weekly basis, Wagner can be heard on a number of radio stations, seen on local television in Omaha, and on social media channels, creatively conveying natural resource conservation messages as well as promoting outdoor activities and destinations in Nebraska. Wagner, whose career at Game and Parks began in 1979, walks, talks, lives, breathes and blogs about Nebraska’s outdoors. He grew up in rural Gretna, building forts in the woods, hunting, fishing, collecting leaves, and generally thriving on constant outdoor activity. One of the primary goals of his blog is to get people, especially young ones, to have fun and spend time outside!
Previous Wilkinson WMA Reopened to Public Use Following Whooping Cranes’ Departure
Next Egg #3 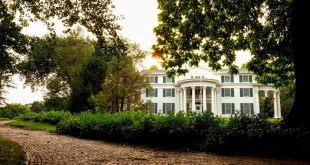