“A weed is a plant whose virtues have not yet been discovered.” – Ralph Waldo Emerson.

The morel mushroom picking season is well underway in Nebraska. But, did you know there are other spring delicacies growing wild in the Cornhusker State’s outdoor scene? Oh yes, there sure are!

Nebraska offers an abundance and diversity of edible wild plants that can be harvested in the simplest of locations, especially in the springtime. Many of these can be acquired while on a morel mushroom hunt!

The spring season (April/May) truly is an ideal time to pick wild-growing foods, some of which are at their peak right now from the famous, elusive morel mushroom to the easy to find and identify dandelion.

Harvesting wild edible plants or “foraging” for wild food as many call it, is as old as humankind. However, it has become more of a hobby, more of a recent phenomenon, as of late.

Gathering edible wild plants or parts thereof for the dinner table is a wonderful way to experience and learn about nature, get some exercise, grab some free, healthy “eats” and connect with something very primal within ourselves. In many ways, it can be more of a healthy alternative to the processed and packaged foods we see lining the shelves at the grocery store. Not only are wild edible plants rich in essential vitamins and minerals, they are generally high in dietary fiber and possess polyphenols that increase their antioxidant capacity.

Here are six edible wild plants that you may want to consider harvesting in Nebraska this spring to eat.

Wild asparagus is the perfect gateway food into picking wild foods. You won’t mistake it for something harmful. You don’t have to hike miles into the woods or climb high hills to find it either. It is a wild food worth the effort to locate and harvest along ditches, roadsides, fence rows, pastures, wet meadows and around old farmsteads. It honestly is one of nature’s delectable, nutritious treats which can be enjoyed raw after simply rinsing it with tap water. You can eat wild asparagus steamed or pan-fried with a touch of cooking oil or butter. I like to cook it lightly in olive oil and garlic, or brush it with olive oil and grill it. I think grilling wild asparagus is the best way to preserve the edible plant’s natural, earthy flavor.

No question the common dandelion has to be the easiest wild edible to both find and ID. Most of us know them from our childhood, and their bright yellow color makes them easy to spot. Dandelions grow virtually everywhere! The dandelion, native to Europe and Asia, was originally imported to North America as a food crop. It is a common colonizer of disturbed habitats, both from wind blown seeds and seed germination from its seed bank. They are full of nutrition, and some call them “super foods!” Every part of the plant is edible, though some parts are tastier than others. The root, especially, is very bitter and rarely used. The greens tend to be bitter, but in the springtime, the younger, more tender leaves seem to be much less so that the mature summer leaves. Mix them with other greens raw in a salad after rinsing with clean water. Probably everyone’s favorite part of the dandelion is the flower–which is at it’s peak in April and May. As long as the area has not been sprayed with hazardous chemicals, a flower can be picked and eaten right from the plant itself! The dandelion flower is, of course, much sweeter than the greens, just make sure to remove the green “base” during harvest which is very bitter, and consume only the yellow portion of it.

Wild violet, Viola pratincola, is a cool season, perennial, broadleaf plant or weed. It is one of the first plants to flower in spring, growing well during cool parts of the growing season, and is typically found in sun-shaded or shaded moist areas with rich, well-drained soil. They may spread into sunny areas. This is one of the more common violets in the woodlands of eastern Nebraska during April and May. But many folks don’t realize that they are edible! The tender, young leaves can be used raw in salads in combination with other greens to spice it up. The young wild violet leaves have sort of a slight peppery taste to them. They can also be cooked like spinach, combining them with wild onions and garlic mustard leaves to add a flavorful zest. The flowers are edible as well and adding these vivid floral heads — along with redbud blossoms, dandelion heads, and mustard flower buds to a salad — adds a nice, colorful purple/blue touch with a sweet, mild favor. Wild violet flowers can also be placed atop elaborate desserts to enhance their appeal.

The stinging or common nettle grows widespread in Nebraska. The plant is particularly found as an understory one in wetter environments like moister woodlands, but it is also found in meadows. Stinging nettles can be a staple for a spring wild edible harvest. Get the nettles while they are young or cut off the top four to five inches of the plants. For harvesting nettles, it is advised to wear a long-sleeved shirt as well as long pants, shoes and socks, plus put on protective rubber gloves. Proceed slowly and exercise caution in the collection process. Once home, a quick, effective parboil neutralizes the sting of the plant. You can freeze them for use throughout the year and put up lots of nettle pesto, which is great for a quick and healthy version of mac ’n’ cheese!” These also make for a good salad or inclusion in a stir fry dry dish with a peppery zing.

Known as the “supermarket of the swamp,” the common cattail plant in North America is usually found near the edges of freshwater wetlands. Cattails were a staple in the diet of many Native American tribes. Most of a cattail is edible and ranks high as a survival food. You can boil or eat raw the root stock, or rhizomes, of the plant. The root stock is usually found underground. Make sure to wash off all the mud. The best part of the stem is near the bottom where the plant is mainly white. Either boil or eat the stem raw. Boil the leaves like you would spinach. Cattail shoots taste like cucumber. The corn dog-looking female flower spike can be broken off and eaten like corn on the cob in late spring when the plant is first developing. It actually has a corn-like taste to it!

The young tender leaves of this plant are tart but can be used in a salad as a wild leaf vegetable. They have a slightly acidic taste, a little like wood sorrel, with only a trace of astringency. The young leaves should be boiled in several changes of water to remove as much of the oxalic acid in the leaves as possible or can be added directly to salads in moderate amounts. Curly dock became an important vegetable during the Great Depression, when people were hungry. It is said that the juice of curly dock can counteract the effect of stinging nettles on the skin. Habitats of the curly dock include seeps, glades, weedy meadows (including areas prone to occasional flooding), pastures and fallow fields, vacant lots, roadside banks, graveled areas near railroad tracks, edges of yards and gardens. Disturbed areas of soil are preferred by the plant.

Important!
Never eat any wild plant unless you are completely certain that you have identified an edible species!  Identification is entirely your responsibility. . . and it can also mean your life!
Always cross-reference the information you find on the internet with a plant expert, a foraging group, or several credible reference books or apps.
Know the poisonous imitators; a good rule of thumb foragers have is to memorize three characteristic of plants you like that no other plant has. Please know that some plant compounds can interfere with specific medications, so check with your physician or pharmacist prior to searching for wild food resources.

The location of the plant is also an important factor. Plants near roadways are often coated with pollution, while plants near farms could be infected with chemicals. Beware of plants near waterways, as microscopic parasites could have been washed onto them. You should always take the necessary precautions before eating a wild plant, by at minimum thoroughly rinsing it in clean water, and even boiling it to kill any possible bacteria. Most importantly, if the plant smells of almonds, do not eat it! They are almost always poisonous in the wild!

Furthermore, it is recommended that an individual try a small amount of a wild plant to start, and if everything goes well, a slightly larger amount may be eaten. Then, wait 24 hours before eating more quantities, just to be on the safe side.

Have fun, but be responsible! Check laws/regulations for harvesting plants on a given tract of land, get permission to collect wild edibles on any property, and respect nature by not over-harvesting certain plant life and removing any litter found!

A native of Gretna, NE, a graduate of Gretna High School and Bellevue University, Greg Wagner currently serves as the Public Information Officer and Manager for the Nebraska Game and Parks Commission's Service Center in Omaha. On a weekly basis, Wagner can be heard on a number of radio stations, seen on local television in Omaha, and on social media channels, creatively conveying natural resource conservation messages as well as promoting outdoor activities and destinations in Nebraska. Wagner, whose career at Game and Parks began in 1979, walks, talks, lives, breathes and blogs about Nebraska’s outdoors. He grew up in rural Gretna, building forts in the woods, hunting, fishing, collecting leaves, and generally thriving on constant outdoor activity. One of the primary goals of his blog is to get people, especially young ones, to have fun and spend time outside!
Previous Kids’ Fishing Clinic Set for April 30 at Valentine State Fish Hatchery
Next Youth Fishing Instructor Workshop in Gering Cancelled 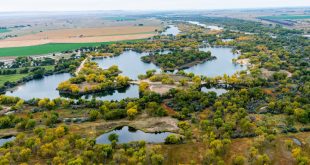 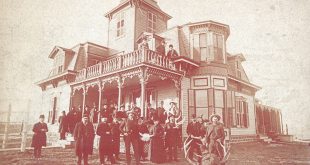