LINCOLN – The Nebraska Game and Parks Commission set the 2015 early teal season dates at its July 16 meeting in Sidney. The teal hunting season will be Sept. 5-20 in the Low Plains and Sept. 12-20 in the High Plains.

Teal hunting season dates are set to coincide with the teal migration through Nebraska, and the opening day is typically the Saturday following Labor Day. This year, because Labor Day is Sept. 7, an earlier opening day in the Low Plains was recommended to accommodate a 16-day season while avoiding conflicts with possible youth and regular duck season openers later in September and October. Regular duck and goose season dates will be considered at the Aug. 28 Commission meeting in Burwell.

For the second year in a row, the teal season in the northern portion of Nebraska will be on an experimental basis. Continuation of the teal season each year will depend on hunters’ ability to distinguish teal from other duck species. During the early season experiment, Game and Parks will evaluate the rate nontarget species are shot at or taken. If the rate is considered unacceptable by the U.S. Fish and Wildlife Service, Nebraska will lose its teal season, and most likely, never get it back. Those who take or attempt to take ducks other than teal also will be subject to prosecution.

At the July 16 meeting, commissioners also:

— amended wildlife regulations regarding baiting and hunting for big game and turkey in baited areas. The amended regulation prohibits establishing a baited area from 10 days prior to the opening of any big game season and throughout those entire seasons for the purposes of taking big game or turkey. An area within 200 yards of bait is considered baited for 10 days following the removal of all bait. The regulation also clarifies that both the hunter and the game pursued must be outside a baited area. The changes are meant to make the big game and turkey baiting prohibition more understandable for hunters and more enforceable for law enforcement officers.

— raised the issuing fee charged by Game and Parks for a permit purchase to $2.

— changed the structure of lifetime permits to consolidate the 0-5 age group with the 6-15 age group.

— established the Nonresident Aquatic Invasive Species Stamp and made it unlawful for a motorboat registered outside of Nebraska to be launched in Nebraska waters or waters bordering Nebraska without displaying this stamp.

— approved the acquisition of the following tracts of land:

— 117½ acres in Sioux County adjacent to and designated an addition to Gilbert-Baker Wildlife Management Area (WMA). It will provide additional deer, elk and turkey hunting opportunities.

— 40 acres in Dawes County adjacent to and designated an addition to Ponderosa WMA. It will provide additional deer and turkey hunting opportunities, as well as brook trout fishing opportunities.

— 40 acres in Clay County adjacent to and designated an addition to Whitefront WMA. It will provide additional waterfowl hunting opportunities.

— heard a staff update on an effort to enhance habitat in Nebraska cool-water trout streams.

Jerry Kane is the news manager with the Nebraska Game and Parks Commission. He can be contacted at jerry.kane@nebraska.gov or 402-471-5008.
Previous Commission Sets 2015 Early Teal Dates at July 16 Meeting in Sidney
Next Bonus Fish–Details! 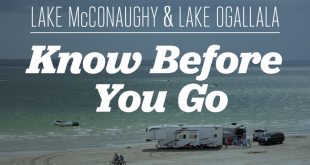