[ Submitted by Commissioner Mick Jensen] – Two weeks before Thanksgiving, Nov. 4 -6, I had the opportunity to do some duck hunting at the Flying V with Dan Kreitman and family who had purchased the opportunity at the Big Game Society’s annual meeting at Wilderness Ridge. The hunt package included two nights lodging, with meals and three days of excellent duck hunting on the Missouri River by Niobrara. On the first day of the hunt in the floating blind with Dan and I were Mike Kelley, our Flying V Guide, Dan’s son-in-law, Justin Maxson, and Dan’s 10 year-old grandson, Tucker Maxson. While the others grabbed some shut-eye, Tucker kept watch for the ducks. Beside him was one of his favorite guns, his Remington 870, a gift from Dan. He really likes to hunt with his black Labrador Ace, who didn’t make the trip this time.

Tucker landed the first and only duck on that Tuesday afternoon – a blue bill. On Wednesday we totaled 12 ducks between us and on Thursday we took home six more. The variety of ducks was more than Tucker had seen in his five years of hunting and he kept feathers from each type to take home, as a gift, for his sister, Brooklyn.

Tucker is no novice hunter. He has been tagging along on hunts throughout Nebraska with his grandfather Dan, and his parents Justin and Heather, since he was about 5 years old. Tucker shot his first duck at the age of 8, has shot numerous pheasants, five turkeys, a doe and most recently a very nice buck this firearm season.

Tucker has developed his hunting skills growing up in a family of hunters. They have taught him hunting safety and have always encouraged him to quickly remind them when he observes them doing something that might put themselves or others in danger.

There is one critical rule set by Mom and Dad, “Good grades or no hunting.” With the approval of his teachers, principal and parents, Tucker was able to go on this hunt in the middle of the week, and I can honestly say that this is the first time a fellow hunter was finishing up their homework in the blind while we waited for the ducks to come in.

If you ask Tucker what he likes most about hunting he will tell you “Everything!” He pointed out, “I get to shoot blue rocks, and spend time hunting in the fields and blinds and watching wildlife.” Tucker is still learning how to clean and prepare game, “…but my great grandma Kreitman cooks the squirrels and rabbits I hunt to share with my classmates.”

After retrieving our ducks on the last day, one last look out the duck blind revealed a gorgeous sunset. The brilliant colors over the water signaled the end to our successful three-day waterfowl weekend at the Flying V, and we we’re headed home for some delicious duck dinner. 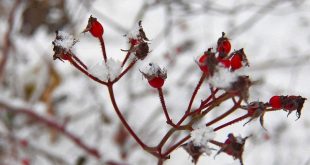