I don’t believe I’m the only one who feels the winter of 2013-14 is dragging on unnecessarily. With that statement, you might assume I’m not much of an ice fisherman, and you would assume correctly. I know the recent record lows had some ice heads real excited, so I joined them and took the opportunity to travel with some friends in search of fish.

We ventured out to western Nebraska and fished areas that none of us had ever seen before. We have friends in the region, and they had been having decent success. When we arrived to fish Sunday morning, we found nice, clear ice, easy fishing conditions and little to no wind. We also found a fair amount of fishing pressure, which we believe had an adverse affect on the fishing. Combine that with high sunny skies, and the fish did not seem eager to cooperate most of the day. When evening approached, the bite really picked up. At the end of the lines were mainly walleyes and perch, but we also managed a few channel catfish up to 5-6 pounds. Always fun on an ice rod! My friend’s son lost a real nice walleye right under the ice, and it was estimated to be in the 24-27″ range. Most other fish were in the 14-16″ range.

We returned on Monday and were treated to even better conditions. Little to no wind and plenty of sunshine once again. At one point, we were shedding hunting coats like they were going out of style. In contrast to the previous day, the high skies did not seem to bother the fish. We had considerably better success, with quite a few walleyes being caught, and some real nice perch up to 13″. I was the one losing a nice walleye this day, and it looked to be 20-22″. With the favorable conditions, we needed to exercise more caution on the ice. Finding 3-4 inches of ice directly adjacent to 9-10 inches really reminded us to be careful. There were several flurries of activity during the day, with packs of walleyes roaming for food and being very aggressive in their search. Most fish were enticed with a particular jig style tipped with minnows and minnow heads.

As the fishing continued to improve, the same could not be said for the weather. The front arrived in full force, and if you weren’t sitting in your shack, you almost needed to run to catch it. My friend’s 13 year old son Jacob beat us all in the final 45 minutes by landing 5 walleyes in a row.

This was a very welcome change of pace for my friends and me. I have been fishing the Tri County canal system lately, and quite frankly, it’s been tough. A couple of friends and I have been struggling to find the active walleyes and saugers in their usual haunts. The nice thing is, that will change soon. With March and St. Patty’s day just around the corner, the fishing is sure to improve quick, weather conditions permitting of course. The last push for good ice fishing is on right now. Enjoy it while you can, and stay safe.

Brian Robinson is a lifelong resident of central Nebraska who has spent his entire life chasing fish of all kinds. Nearing 100 Master Angler awards for 13 different species, Brian spends most of his time fishing central Nebraska water, including the Tri County Canal system and associated waters.
Previous WOWT 6 Outdoor Report Takes You Sledding
Next From the West: Great Lenses, Great Cameras 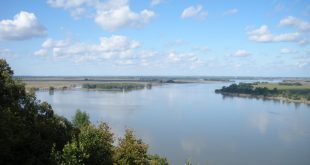