I hate to mention these things, because they are bad news and I do not want to highlight that.  But it is our current reality and it is “news” that some folks will want to know.  Here is a news release that went out last Friday:

LINCOLN, Neb. – Fish salvage has been authorized on the Platte River from Odessa bridge in Buffalo County downstream to its confluence with the Loup River in Platte County. Localized fish die-offs are occurring due to low water flows and high water temperatures.

The Nebraska Game and Parks Commission will allow the harvest of stranded fish of all species – except pallid sturgeon – in that stretch of the Platte River beginning at Interstate 80 Exit 263 from July 13 through July 31. The salvage area does not include the north channel of the Platte River from Kearney to Shelton, which serves as a refuge and receives return flows from a canal.

Hook-and-line, snagging, hand fishing, legal minnow seines, legal dip or landing nets, spearing and archery are the only approved methods of harvest for this salvage. A Nebraska fishing permit is required. All daily bag limits will be maintained, but length limits will be rescinded for this area during this period. Salvaged fish must be consumed by humans and cannot be sold or used for stocking purposes into either public or private water bodies.

The extended weather forecast calls for air temperatures in the mid to upper 90s and limited chances of rain. Game and Parks will monitor conditions in other stretches of the river. I hate that “the big suck” is on, but it has been dry in most parts of the state over the past few weeks, and it is probably going to remain that way for the rest of the summer.  It is that time of year for Nebraska.  I would say that at this point there is some good news as it appears there are not a lot of large sport fish that are being stranded and perishing in the Platte River.  I would say that, but I will not because in reality that is not “good news”.  The reason there are not a lot of large sport fish dying now is because they all died last summer. One last thing I need to mention:  Remember that in Nebraska the bottom of our rivers is privately owned.  I know lots of folks like to hit those dry river beds with their ATV’s, but there is a lot of trespassing that occurs when they do that–make sure you have landowner permission before you go driving down the dry river channel!

Daryl is a lifelong resident of Nebraska (except for a couple of years spent going to graduate school in South Dakota). He has been employed as a fisheries biologist for the Nebraska Game and Parks Commission for 25 years, and his current tour of duty is as the fisheries outreach program manager. Daryl loves to share his educational knowledge and is an avid multi-species angler. He holds more than 120 Nebraska Master Angler Awards for 14 different species and holds more than 30 In-Fisherman Master Angler Awards for eight different species. He loves to talk fishing and answer questions about fishing in Nebraska, be sure to check out his blog at outdoornebraska.org.
Previous Permits Division Hires Steger
Next Adventure Report, July 17, 2013 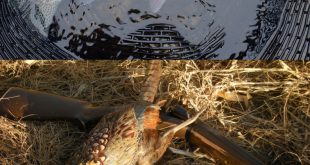 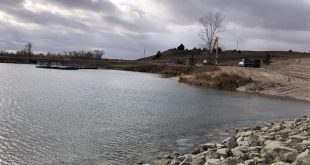