I have seen several pictures of big Nebraska catfish floating around on the internet lately.  The pictures I have seen have been of big blue and flathead catfish; I might as well mention another one I have seen, this one a channel cat.

Andrew Paulsen and Phil Heckman of Milford were doing some fishing recently on a public body of water in Nebraska when they caught a bunch of big channel cats.  Here is the biggest one. They released that fish shortly after measuring it.  The length they told me was 46 inches!  They also tried weighing the fish, but it exceeded the maximum weight of their scales; it weighed more than 25 pounds.  Now, I was not there, all I know is what they told me, but assuming the length measurement was accurate, that fish could have been in the neighborhood of our 41 pound 8 ounce hook & line state record!  I can tell you that our current hook & line state record channel cat was a fish that was shorter, but a lot fatter than the fish they caught.  I am betting that if Andrew’s fish was not big enough to be a hook & line state record channel cat, it was close!

I am not going to tell you exactly which body of water they were fishing.  All of you hard-core cat anglers will know without my telling you.  If you do not know, it should not be too hard for you to figure it out.  All I would ask, is if you are targeting those big catfish, keep in mind that our catfish are the slowest-growing fish we have in the state and if you whack one of those big fish, it will take years for another one to grow to that size.  It does not take many anglers harvesting those big fish to have a significant impact on the quality of a fishery.

If you catch and release what might have been a state record fish, or close to it, I would not consider that a failure in any sense of the word!  In fact I would say that is a great accomplishment and one worthy of bragging!  Congratulations guys, and thank you!

Daryl is a lifelong resident of Nebraska (except for a couple of years spent going to graduate school in South Dakota). He has been employed as a fisheries biologist for the Nebraska Game and Parks Commission for 25 years, and his current tour of duty is as the fisheries outreach program manager. Daryl loves to share his educational knowledge and is an avid multi-species angler. He holds more than 120 Nebraska Master Angler Awards for 14 different species and holds more than 30 In-Fisherman Master Angler Awards for eight different species. He loves to talk fishing and answer questions about fishing in Nebraska, be sure to check out his blog at outdoornebraska.org.
Previous Gorgeous, Cool Morning Fishing The Elkhorn
Next Last Minute, Summer Vacation Idea on Channel 6 Outdoors 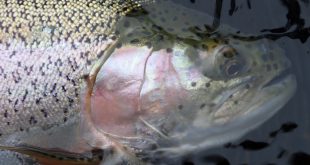 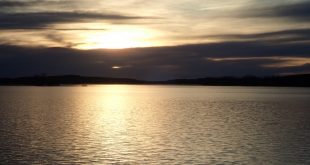 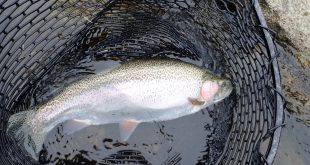 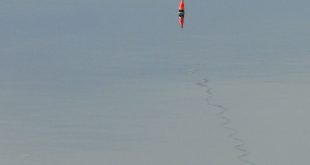 I spent a couple days drifting flies down a river this fall.  Mid-afternoon of the …