Home » Afield and Afloat » Midland Musings with Jenny Nguyen – Treasures From the Past, Genoa

Midland Musings with Jenny Nguyen – Treasures From the Past, Genoa

When Jeff Kurrus and I arrived in Genoa last Wednesday, we had no idea what the morning would have in store for us. A few weeks back, the magazine staff received an email from a Katie Bosock, who wrote that she had something neat to show us. Katie didn’t say exactly what it was. The only clues I received were flashes of descriptions like “museum,” “tools” and “farm.” Jeff’s guesses were about as good as mine.

To my surprise, Katie introduced us to her grandfather Eugene Cromwell, whom everyone affectionately calls “Gene.” The minute we walked through the door, Gene couldn’t help but overwhelm us with multiple offers of coffee, “pop” and pastries. He spryly moved to and fro in the kitchen, showing no indication of being 88.

Gene’s home was beautifully furnished. Since his wife’s passing, he has picked up an obsession for restoring old and forgotten things, things about to be thrown out. Completely self taught, Jeff and I couldn’t help but admire the old mans’ energy and passion. We sat around the dinner table as Katie and her grandfather described where they were going to take us.

We followed Katie and Gene across town to their farm, which has been in their family for quite some time. We came to an old red barn, weathered and beaten by time. Gene and Katie opened up its double doors to reveal an entire collection of farm tools, plows and machinery in various sizes, shapes and colors. It was amazing and different, especially for me. I wonder where these tools have been. I wonder who their owner(s) were. And for many items, their uses were a mystery even for the collector himself.

I enjoyed talking with Gene, who told me all he could about his finds. Gene said that some things came to him completely trashed. Looking at his shiny collection, you saw how much work and time he put into each and every one of those tools. Katie fondly told us that her grandfather is rarely at the house; he’s always out in his little workshop at the farm where he conducts his magic, giving old things new life. Modest, Gene simply said, “It’s just something to pass the time.” One could tell that Gene was very proud of his collection, and so was his granddaughter. They were rightfully so. Looking at all the items in Gene’s “museum” was like walking into a time machine. Jeff and I relished the opportunity. We thank them both for showing us their little gem in Genoa.

If you’re interested in looking at Gene’s collection, feel free to send me an email at jenny.nguyen@nebraska.gov .

Seeing that there were cattle, I jumped in a truck with someone on the farm named Kevin to to see the cattle feeding in the middle of the cornfield. It was so much fun! I have never done that before.

NEBRASKAland Associate Editor Jenny Nguyen-Wheatley was born in Nha Trang, Vietnam, and moved to the United States with her parents in 1992. She graduated from Bolsa Grande High School in Garden Grove, California, in 2008 and completed her bachelor’s degree at UCLA in 2012. Wheatley was editor-in-chief for her high school newspaper and continued to write in college, freelancing for various publications, the Tiger Woods Foundation and writing for her blog FoodForHunters.com. After graduating college, she moved to Nebraska in early 2013 to join the Commission as Regional Editor at NEBRASKAland Magazine. She then became associate editor in 2015. Wheatley enjoys hiking, camping, horseback riding, hunting, fishing and wild game cooking.
Previous What’s That Smell?
Next Salmonellosis suspected in eastern Nebraska – clean your bird feeders! 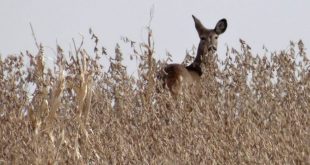 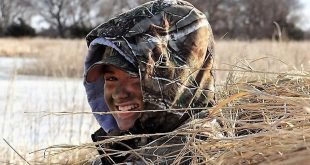 Why Hunting Is So Important 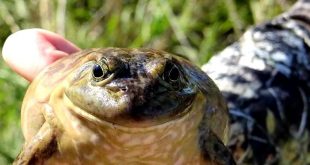