This past week, I received a phone call from Dan Sutherland, Superintendent at Willow Creek State Recreational Area. He said that there were approximately twenty eagles flying around the lake! Excited, I ran back home to grab my camera gear and then headed out there to catch them before sundown. Because I’m not from around here, I was a little surprised at how close Willow Creek is from town. Only about half an hour away from Norfolk, Willow Creek SRA offers a great escape that’s not too far away.

Sure enough, the eagles were there. I arrived to find them sitting on the ice in the middle of the lake.  Dan thinks the eagles are attracted to the dead fish that float up from the melting ice. We saw a total of seven perched in a single tree across the lake. Unfortunately, I could never get close enough to get a “money shot.” They were so skittish. As soon as they saw us, they were out of there, faster than you can say “cheese!” Regardless, it was a beautiful day. Another great place to see eagles is by Gavin’s Point Dam on the Missouri River, across from Yankton. Pretty soon, the eagles will be doing their mating dance, which I hear is supposed to be amazing. The way wildlife biologist Clayton Stalling described it, the male and female lock talons and literally fall and spiral through the sky. I hope I get to experience that this year. It sounds spectacular!

Here’s the view of the lake at Willow Creek, covered in ice. Then, Dan took me to see his 3 horses and mule. For those who don’t know, Willow Creek SRA has great equestrian trails throughout.

Fair warning… there will be a lot of horse pictures in the future. I’m a girl. And I love horses. So sue me. I received a text from Dan this morning. Today, he counted 30 eagles total. So get on out there!

NEBRASKAland Associate Editor Jenny Nguyen-Wheatley was born in Nha Trang, Vietnam, and moved to the United States with her parents in 1992. She graduated from Bolsa Grande High School in Garden Grove, California, in 2008 and completed her bachelor’s degree at UCLA in 2012. Wheatley was editor-in-chief for her high school newspaper and continued to write in college, freelancing for various publications, the Tiger Woods Foundation and writing for her blog FoodForHunters.com. After graduating college, she moved to Nebraska in early 2013 to join the Commission as Regional Editor at NEBRASKAland Magazine. She then became associate editor in 2015. Wheatley enjoys hiking, camping, horseback riding, hunting, fishing and wild game cooking.
Previous Sandhill Swans
Next COUNTING BIRDS IN THE BACKYARD 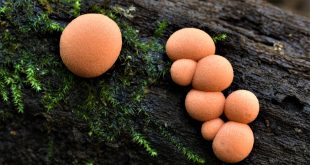 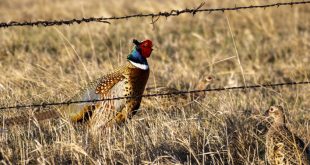 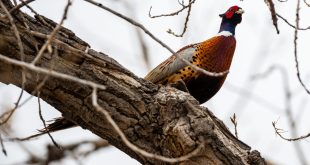 By Cassidy Wessel, Wildlife Biologist I can remember the first rooster pheasant I ever held …