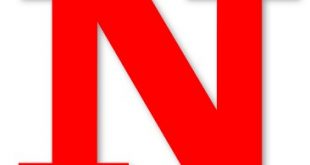 Like most Nebraskans, I have been in withdrawal with no Husker football this fall.  I have degrees from both the University of Nebraska and South Dakota State University, and was looking forward to enjoying the game that had been scheduled between my alma maters.  Stinkin’ coronavirus and the Big 10 took that away from me. To keep my sanity, I have been watching and listening to old Husker games .  Yes, many haters will point out that Husker fans live … 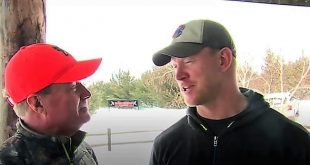 “Not the goal but the game; In the deed the glory.” Question: When is the absolute best time to go outdoors — hunting, fishing, hiking, biking, camping, boating, etc. in the fall here in Nebraska? I’ll tell you. There’s no debating it either. It’s a Saturday (like the one coming up) when the University of Nebraska Cornhusker football team is playing a game during the daytime on television. Home games at Memorial Stadium in Lincoln take even more people away from the woods, waters and prairies here in Nebraska …

With the kick off of football season around Nebraska (high school and college), on my WOWT 6 News outdoors segment I’ll be encouraging you to leave a little early for your game and tailgate in one of many Nebraska’s many state park lands. For those traveling from Omaha to Lincoln via Highway 6 for the Husker game Saturday afternoon, I’ll be telling you to leave a bit early and stop at this quiet, quaint state recreation area to grill some …

On this week’s Great Outdoor Radio Show, you’ll hear from a former Husker football standout (or two) on what the Husker’s 2013 football season outlook is, discuss various Nebraska outdoors-related subjects, do a couple rounds of outdoor trivia for some cool prize packs, plus have some outdoor news headlines. It’s all with me – Greg Wagner, your humble host, and most importantly YOU Saturday morning LIVE from 9-10 a.m. CST on Omaha’s KOZN Radio/1620 AM “The Zone,” online at www.1620thezone.com and through various mobile …

With the kick off of football season around Nebraska (high school and college), on my WOWT-TV/Channel 6 Outdoors Segment I’ll be encouraging you to leave a little early for your game and tailgate in one of many Nebraska’s many state park lands. For those traveling from Omaha to Lincoln via Highway 6 for the Husker game Saturday evening, I’ll be telling you to leave a bit early Saturday afternoon and stop at this quiet, quaint state recreation area to grill …

Broadcasting from a Farmhouse Kitchen

You read it right, I’ll be broadcasting from a farmhouse kitchen this Saturday morning on The Great Outdoor Radio Show I host! I’ll be sitting at the kitchen table of the Kriz Family in Butler County near Brainard and broadcasting LIVE just prior to the annual “Hunt with the Huskers” event at the Kriz Family’s Oak Creek Sporting Club. The actual “Hunt with the Huskers” is a European-style pheasant hunt at Oak Creek which is a licensed Nebraska Controlled Shooting …