May 2, 2022 delet, Featured, Flora & Fauna, How To, In The Wild, Parks, Trail, Travel Comments Off on What to know about the morel mushroom hunting season that has begun 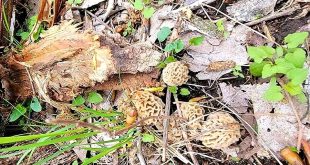 Good news … The morel mushroom hunting season has begun! Morels are now being found near dead and decaying hardwood trees like cottonwoods and elms in moist eastern Nebraska river bottom woodlands. Tersh Kepler of Omaha is Nebraska’s morel mushroom hunting expert with more than 50 years of experience and he points out there are some important things to know about morel mushroom hunting before venturing to the woods. Kepler found early season morels with the arrival of May and …

March 28, 2022 Featured, Flora & Fauna, How To, In The Wild, Parks, Trail, Travel Comments Off on When to Expect the First Morel Mushrooms of the Season 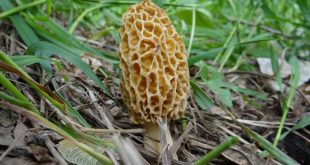 Tersh Kepler of Omaha, NE, one of the Midwest’s foremost morel mushroom hunting experts, is hoping for two things these early spring days: More what he calls “liquid gold” and rays from BOB in the sky. The “liquid gold” would be more measurable precipitation in the form of rain and the rays from BOB would be warmth provided by the big orange ball in the sky, the sun. Kepler says the conditions are still dry at this point in Nebraska … 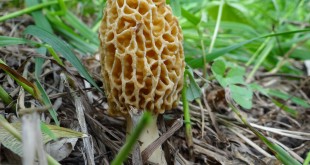 With rain currently falling off and on here in southeastern Nebraska, how can one not think about harvesting morel mushrooms in several weeks, huh? Also, I want to point out the April issue of our NEBRASKAland Magazine which has a very informative article on mushrooms in it. To read the article, click here. Keep thinking morels!

After a morel mushroom hunting adventure with a buddy along the Elkhorn River this weekend, I am issuing a final call for harvesting morel mushrooms, at least in the river bottom woodlands here in eastern Nebraska. Head to your woods for morels as soon as you can! They’re there, most likely in good numbers due to the heavy rain event we had this past Sunday. We did find fresh morels. However, some were dry and had brown tops to them. Fungi/mushroom expert Mark Davis, Writer/Photojournalist for the …

Moist Thoughts Have Drifted Toward Morels

In the last 24 hours the Omaha-metro area has recorded at least an inch of rain in most locations and more precipitation is continuing to fall! As I glance around our Omaha Office location of Game and Parks, it appears that the grass started greening up almost overnight! I can’t help but think how good all of this moisture is for  …. you got it — the morel mushroom! It may turn out to be a good more mushroom hunting/picking …