April 23, 2021 Barbs and Backlashes, Conservation, How To, Hunting Comments Off on Catch Up Time 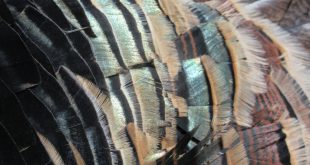 I get the same feeling every spring; so much to do, and so little time.  The fist are biting, the turkeys are gobbling, spring keeps moving along. That feeling has hit me even more recently after spending a few days “under the weather”.  Now, I feel like I have some catching up to do.  One reason I feel that is because my son jelly-headed a turkey already: Not only that, but my sister got one out in Montana too.  My …

April 25, 2020 delet, Featured, Flora & Fauna, Hunting, In The Wild Comments Off on The Gobble 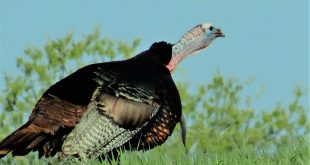 It is the primary reason I hunt wild turkeys in the spring. It invokes such strong feelings of excitement that it escapes words. It is a crazy sound in nature, really, perhaps even a bit comical. The sound, made by a wild bird and denoting spring, is actually a loud, shrill, descending, gurgling, throaty jumble of chords that lasts about 1-2 seconds. This is the gobble of a male wild turkey. Gil-obble-obble-obble. For those of us who enjoy being outdoors … 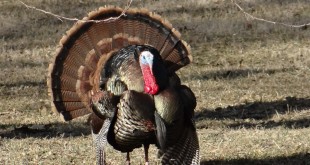 I know it has been W-I-N-D-Y lately.  Typical for spring in Nebraska.  But, on occasion the wind quits blowing and I can stand on my front step, feel it in the air, smell it, and if I listen hard enough I am sure I can hear it. . . .There, there it is. . . . I know I just heard a turkey gobble. Now, I am stationed at our headquarters here in Lincoln, and I live not far from …

[ Submitted by Commissioner Mick Jensen] After my last turkey hunting excursion to Lynch, Nebraska with Commissioner Fisher, I decided to try again with friends from Atlanta, Georgia and Minneapolis, Minnesota. After getting permission from Gene and Kelsey Timperely, we headed back to ranch country. Andy Smith had joined me at Eppley Airfield and Jon Donner drove in from Minneapolis.  Preliminary scouting showed the flock likely to use the same roost area so we were set for the next morning!  …