LINCOLN, Neb. — A 15-year-old girl from Bayard was injured in a jet ski accident Saturday night at Bridgeport State Recreation Area near Gering, Nebraska. She is recovering at Children’s Hospital Colorado in Aurora, Colorado.

The teen was injured at about 6 p.m. Mountain time when the jet ski on which she was riding passenger was struck by a second jet ski also driven by a teen from Bayard.

The three teens had been riding two jet skis around the island, when the first jet ski made a hard turn. The driver of the second jet ski couldn’t avoid a collision and struck the female, who was thrown into the water.

The teen was taken by ambulance to the Morrill County Community Hospital in Bridgeport with nonlife-threatening injuries. She was transported to Children’s Hospital Colorado where she is being treated for her injuries.

The accident is under investigation by the Nebraska Game and Parks Commission. 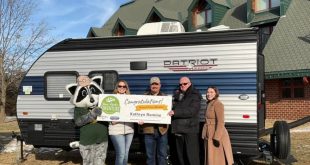