I know many of you have already winterized the boats.  However, I also know that as long as we have liquid water, some will still be launching boats and fishing.  We have lots of folks that are using their boats for waterfowl hunting too.  You all should have made note of this news release at the end of last week:

Wear your life jacket, use the kill switch!  You should do that ALL THE TIME, but it is especially critical when the water is cold.  That would be now.

I will keep blogging about this from time to time because of what I see.  I continually see guys fishing alone, not wearing their life jacket and not using the kill-switch.

You are asking for trouble.

Watch the first couple minutes of this video.  You will get the idea.

Daryl is a lifelong resident of Nebraska (except for a couple of years spent going to graduate school in South Dakota). He has been employed as a fisheries biologist for the Nebraska Game and Parks Commission for 25 years, and his current tour of duty is as the fisheries outreach program manager. Daryl loves to share his educational knowledge and is an avid multi-species angler. He holds more than 120 Nebraska Master Angler Awards for 14 different species and holds more than 30 In-Fisherman Master Angler Awards for eight different species. He loves to talk fishing and answer questions about fishing in Nebraska, be sure to check out his blog at outdoornebraska.org.
Previous Extremely Grateful
Next Fish and Fowl 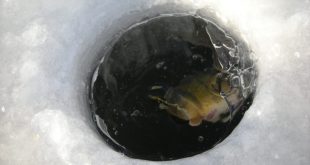 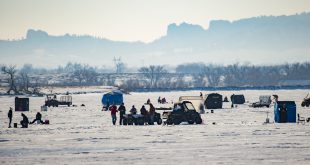