The Holocaust presentation is set for 1-2 p.m. in the visitor center both days, given by a speaker from the Institute for Holocaust Education. Other presentations include an archaeology tour from noon to 1 p.m. both days, led by Nolan Johnson of Nebraska History, and a talk on Fort Atkinson’s keelboats from 11 a.m. to noon both days by Wade Davis and Terry Bush.

Throughout the weekend, visitors can view an encampment showcasing military history from the Revolutionary War to the present day, with special representation of World War II and the Vietnam War. Military vehicles and equipment dating back to World War II will also be on display.

Other special guests include the Commanding General’s Mounted Color Guard from Fort Riley (Aug. 31 only), a Civil War-era horse-drawn artillery, and the Iron Soldiers of the Great Plains, a local affiliate of the Military Vehicle Preservation Association.

On Sept. 1 from 3-4:30 p.m., the Omaha Police Department’s Able 1 helicopter will also be on static display, mission-dependent.

“This is a great representation of military history from the Revolutionary War to current times,” said park superintendent Jason Grof. “You get the chance to see some interesting vehicles and displays, and the mounted color guard is a fantastic unit.”

In addition to these special features, throughout the weekend living history interpreters will perform the military drills and daily activities of Fort Atkinson.

For more information about this event, contact the park at 402-468-5611. A park entry permit is required.

Jerry Kane is the news manager with the Nebraska Game and Parks Commission. He can be contacted at jerry.kane@nebraska.gov or 402-471-5008.
Previous Memphis Lake WMA wetland restoration project completed
Next Vintage Fishing 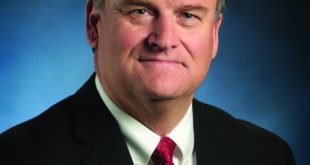 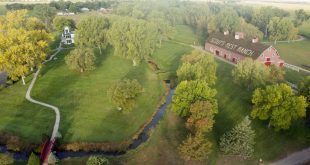