This past week the Nebraska Game and Parks Commission stocked 990 paddlefish at Gallagher Canyon and Midway Canyon Reservoirs located south of Cozad.

The twelve-inch paddlefish have been stocked in efforts to offer anglers a chance in central Nebraska to be able to snag or use bow and arrow on mature paddlefish. “We hope to establish a sufficient population so that a season can be implemented similar to that on the Missouri river,” said Dave Tunink, Assistant Administrator Fisheries Management Section.  Tunink commented that “It will take a high density population to establish a season, which we hope to do in the canal system.”

More stockings will be done in coming years with paddlefish fry from Gavins Point National Fish Hatchery in Yankton, SD. The fish will be raised at the Calamus and North Platte hatcheries until they are large enough to survive predator fish.

According to Tunink the canal systems should be a good place to establish populations of paddlefish as the water levels are good with deep, open water in the canyon reservoirs and connecting canal system. “The habitat is there for them, as the fish grow people may start to see them surfacing and rolling to feed,” Tunink stated.

Paddlefish have adaptations specifically for filter feeding. Their rostrum and cranium are covered with tens of thousands of sensory receptors for locating zooplankton, which is their primary food source. Paddlefish are constant swimmers and will also collect tiny crustaceans and insects.

Paddlefish (Polyodon spathula) in the order Acipenseriformes (sturgeons and paddlefishes) are one of the most prehistoric and unique fresh-water fish around today with fossil records dating back to the Late Cretaceous period, seventy to seventy-five million years ago.

Primitive characteristics of the paddlefish include a skeleton composed of mainly cartilage and a deep forked, elongated tail fin – the upper lobe being longer than the lower lobe, similar to sharks and finally they are equipped with an elongated, paddle-like snout called a rostrum.

It will take several years to establish a paddlefish population in the canal system, which will hopefully then lead to a season on this unique fish. Julie Geiser is a Public Information Officer and NEBRASKAland Regional Editor based out of North Platte, where she was born and still happily resides. Geiser worked for the commission previously for over 10 years as an outdoor education instructor – teaching people of all ages about Nebraska’s outdoor offerings. She also coordinates the Becoming an Outdoors Woman program for Nebraska Game and Parks Commission (NGPC). Geiser went on to work in marketing and writing an outdoor column for the North Platte Telegraph before returning to NGPC in her current position. She loves spending time outdoors with her family and getting others involved in her passions of hunting, fishing, camping, boating, hiking and enjoying Nebraska’s great outdoors.
Previous Bauer-Wagner Road Show Heads to UNL’s NaturePalooza
Next Fall Trout Stockings 2014 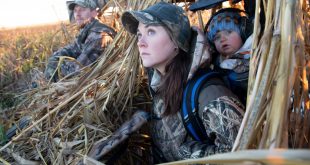 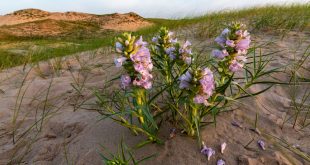 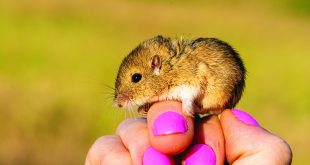