Home » Afield and Afloat » The Science of Antlers

Horns and antlers, decorative headgear sported by some of Nebraska’s best-known species, are not the same. Horns are keratin, a hair-like sheath, that grows over a bony core throughout an animal’s life. They are found on pronghorn, bison, cattle, goats and sheep. Antlers, however, are bones that grow each spring and summer and are shed, or cast, late the following winter as the animal’s testosterone levels decrease. You’ll find them on deer and elk.

Antlers grow up to a half inch per day and are one of the fastest growing living tissues on Earth. Growth begins days after antler shedding, and antler size will be determined by age, nutrition and genetics. Other factors that affect antler size and shape include drought, disease, injury, mineral availability, population density or birth date. Freshly shed antlers are determined by the presence of a skin ring, blood or hair at an antler’s base known as the pedicle seal.

A deer’s health can be determined by examining the pedicle seal of shed antlers. Seal depth represents testosterone levels at the peak of breeding season. Healthy males with high testosterone levels at rut will typically have a convex or rounded seal whereas stressed or unhealthy individuals typically have a seal that is flat, concave or indented. During 2012, when Nebraska experienced extreme drought conditions and an epizootic hemorrhagic disease outbreak, white-tailed deer had smaller pedicle seal depths compared to normal years between 2009 and 2016. Additionally, we found buck fawns born during the 2012 drought had smaller antlers throughout their life compared to deer not born under those conditions.

Many shed collectors ask if it is possible to confirm a set of antlers are from the same deer. To determine this, we collected more than 115 assumed match sets and genetically tested them to confirm individuality. Once completed, we took several measurements from each antler side: total points, main beam length, main beam circumferences, total score, weight, pedicle seal depth and area. We determined the best antler measurements to define a set were antler circumference, main beam length, pedicle seal shape and antler mass. The worst measurement to confirm a match set was total points.  ■

Brian Peterson is a biologist at the University of Nebraska at Kearney and coordinates the M.S. Biology Online Program. He and his colleagues have been collecting naturally shed antlers and gathering antler measurements from harvested deer at check stations for the past 10 years. Their work and findings have been published in wildlife journals and highlighted by the National Deer Association. For more information, contact petersonbc@unk.edu.

Published by the Nebraska Game and Parks Commission since 1926, NEBRASKAland Magazine is dedicated to an engaging mix of outstanding photography and informative writing, highlighting Nebraska’s outdoor activities, parks, wildlife, history and people.
Previous A Conservation Dream Come True
Next Sleeping with the Cranes 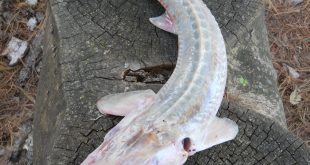 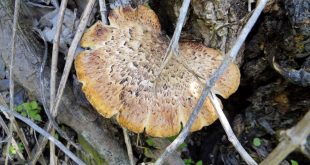 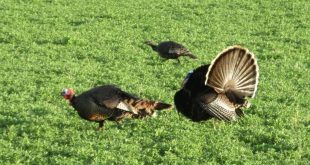