Hike for any length of time on Nebraska’s wild places and you will surely encounter the three-leaved nemesis known as poison ivy (Toxicodendron radicans).

“Normally it’s found around more wooded areas and in places that have a little more sunshine present,” Steffl said. “Uplands, woodlands, maybe a little moister soil. It can be found in any kind of pH or soil type that we have.”

Even though the plant’s green leaves often vary in size and shape, they always have a pointed end and appear in groups of three. They frequently, but not always, have a shiny appearance and turn a brilliant red, yellow or orange early in the fall.

Steffl is among those who recently have experienced the plant’s dreaded allergenic characteristics. The enemy is urushiol, an oil within the plant.

I went many years without being bothered by poison ivy. I bragged that I could roll around in it without problems. I can boast no more.

Commonly, humans will not notice any ill effects from their first encounters with poison ivy. Those seemingly irrelevant run-ins, though, trigger the immune system to start preparing to fight off the oil in the future. Eventually, the battle between the allergen and our antibodies results in an extremely irritating rash.

That stubborn urushiol stays viable in the plant’s leaves, roots and berries even after it dies and turns brown – something I have learned the hard way.

Of course, the best way to elude the rash is to avoid the plant altogether. For most who work and play outdoors, that is not always feasible, though. I carry a big container of water and biodegradable soap in the back of the truck to scrub exposed skin as quickly as possible. Dawn dish soap or alcohol cleaning pads also have a solid reputation for removing urushiol, and over-the-counter cleansers under the labels of Tecnu, Zanfel and other manufacturers are designed for the purpose.

Upon returning from the field, my clothes, shoes and any equipment that may have been exposed get washed in short order. I also give the dog a bath if he has been frolicking through the vegetation. Even though dogs do not suffer from exposure as humans do, they can carry the oil.

If one does contract a dreaded rash, it will usually develop within 12 to 48 hours of exposure and lasts a whopping two to three weeks. Ivarest spray, or other products designed for the task, will provide some relief during this period. Sufferers also have used calamine lotion, oatmeal baths and over-the-counter antihistamines such as Benadryl. In extreme cases, a health care provider may administer a steroid shot.

Landowners who wish to rid poison ivy from their properties can use an herbicide with glyphosate. Even though glyphosate kills any plant it touches, poison ivy is stubborn and multiple applications may be necessary. The nearest county weed superintendent or herbicide dealer may advise of other effective solutions.

An organic approach is to don heavy gloves and long sleeves and pull the plant from wet soil, taking extreme caution not to expose skin to the oil, of course. This method almost always requires persistent follow-ups as any small lengths of root will resprout. Some have had success killing the plants with boiling water.

Rash sufferers will surely hesitate to use the term “benefits” and “poison ivy” in the same sentence, but some animals might if they could talk. Humans, and possibly a few other primates, are the only species to get a rash from urushiol, so to wildlife it is just another good plant to use.

“There are many different species that will use the whole plant,” Steffl said.
Sometimes the plant takes the form of a dense shrub and provides a place for small animals to take cover from predators. Others use it for nutrition.

“A lot of the songbirds, woodpeckers, species like that, along with deer and turkeys, will eat the berries,” she said, noting that they are safe for animals but will make humans ill.

“It’s still a beneficial plant for wildlife, even though it causes humans so many problems.”

Regardless of what the wildlife think about poison ivy, I’ll surely still curse it every chance I get.

Justin Haag has served the Commission as a public information officer in the Panhandle since 2013. His duties include serving as regional editor for NEBRASKAland Magazine. Haag was raised in southwestern Nebraska, where he developed a love for fishing, hunting and other outdoor pursuits. After earning a bachelor’s degree in journalism from Chadron State College in 1996, he worked four years as an editor and reporter at newspapers in Chadron and McCook. Prior to joining the Commission in 2013, he worked 12 years as a communicator at Chadron State, serving as the institution’s media and public relations coordinator the last five. He and his wife, Cricket, live in Chadron, and have two children.
@Nebland_Haag
Previous Trout Slam Update
Next Well-tied knots important for any new angler 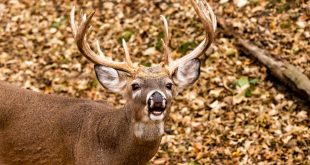 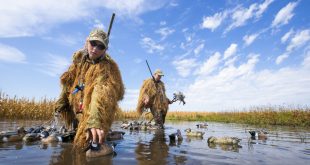 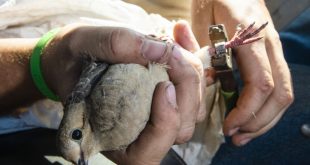 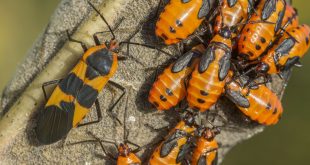