Looking Back on the Cowboy Trail

It’s Tuesday and I think my butt has decided to forgive me. Besides some odd tan lines and bug bites, I’m feeling pretty good. I think my head and body is still in the process of digesting the whole thing, of trying to come up with some grand conclusion of what it meant. I know it’ll mean more to me later, but for right now,  I’ll admire the numbers: 195 miles on two wheels, with only my legs to pedal …

Our tour is only 9 days away! For those joining us, we hope your training is going well and that you’re getting things together for this adventure. Jamie and I scouted out the trail on Monday, and we’re so glad we did because we’ve made one change: we are no longer stopping at Plum Creek Valley Wildlife Management Area on May 22. We found Plum Creek to be inadequate for camping, and it’s also difficult to get to by bike. …

Update (5/7/2013): After scouting out the trail on Monday, Jamie and I are making one change. On May 22, we will not be stopping at Plum Creek WMA. Instead, we will ride on another 10 miles to stay at the town of Wood Lake. We have found Plum Creek WMA to be too far from the trail, inaccessible by bike, and it’s also not suitable for camping. Wood Lake has a nice park for camping, food and water. With that … 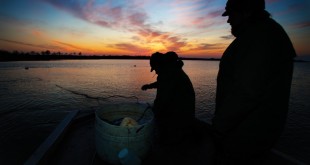 In an effort to reclaim native grassland ridges and openings, biologists at Grove Lake Wildlife Management Area near Royal have been cutting down eastern red cedar trees that have overrun many parts of the WMA. Although native to Nebraska, cedar trees are often invasive. They thrive and spread quickly, and if left unchecked, cedars can take over a piece of ground in just a few years, choking out more desirable vegetation and wildlife species that depend on open grassland. Like …

As a writer, getting letters from readers can be one of the most rewarding things that can happen. It lets me know that my work is interesting and engaging to at least one person out there, and it has me on cloud nine for the rest of the day. This morning, I received a snow goose recipe all the way from New York! It was in response to a snow goose recipe I offered in our March 2014 NEBRASKAland Magazine. …

Learn how to hunt turkey at Ponca State Park!

As spring turkey season ebbs closer, the Commission will be offering turkey hunting workshops throughout the state. Whether you’re a complete beginner or someone with a little more experience looking to learn something new, our turkey hunting workshops are where you need to be! In the northeast region, Bill Lewis will be your instructor on Saturday, March 15 in the Sandbar Room at Ponca State Park from 10am-12pm. Bill is an avid turkey hunter and has been enjoying archery for …

Wild game with pasta? You bet. While I was growing up, spaghetti wasn’t a favorite. My brother and I ate a lot of the canned stuff, and we ate numerous pastas from boxes. If we were low on food in the pantry, my mom would sometimes do the unthinkable by using ketchup for sauce, which still traumatizes me to this day. Don’t get me wrong: My mother is a fantastic Vietnamese cook, but when she decided to go “ethnic” – which …

Looking for something to do this weekend? Check out Bald Eagle Days at the Lewis and Clark Visitor Center by Gavins Point Dam! Bald eagles have become a common winter resident in Nebraska and now is the perfect time to see them. To find out more about bald eagles in Nebraska, please visit http://outdoornebraska.ne.gov/wildlife/wildlife_species_guide/eagles.asp 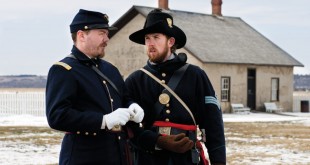 The Spring Muster event at Fort Hartsuff commemorates the outbreak of the Civil War on April 12, 1861. The fort comes alive as soldiers, women and children occupy the parade grounds, barracks and quarters to carry out day-to-day activities.