Our Own Danish Alps 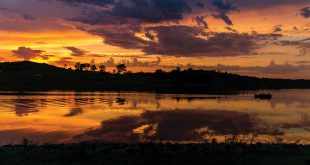 Dakota County’s Budding State Recreation Area Tucked away among the rolling hills of Dakota County, Danish Alps State Recreation Area (SRA) derives its name from the early Danish pioneers who first settled in the area. Its creation was part of a two-fold plan by the Papio-Missouri Natural Resource District (NRD): to stabilize the Pigeon/Jones Creek Watershed and to build the most thoughtfully planned recreation area possible. Plans for the SRA were drawn up in the fall of 2009, and the … 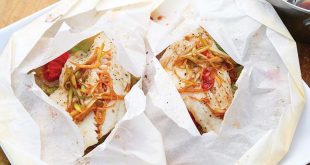 A French technique called “en papillote,” this walleye dish is cooked “in parchment” paper. Fish gently cooks in these parchment packets, creating their own steam and staying moist. Allow each guest to open up their own packet at the table. The aromas that fill the room will be a fun surprise. If you don’t have parchment paper on hand, then heavy-duty foil would work just as well. The vegetables listed below are only suggestions. Use whatever greens and herbs you … 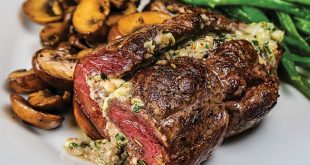 Don’t have time to age your meat? Try this. I had more than half a wedge of blue cheese sitting in my refrigerator, and I racked my brain hard on what I should do with it. Cheese is not cheap, and unfortunately, blue cheese is one of those items that I’d buy just to make one dish – usually salad – and the rest ends up in the trash because a little goes a long way. As far as stinky …

A Crane Book For All Ages 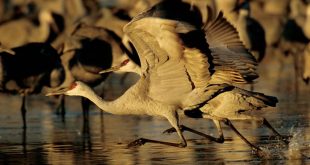 An Interview with Jeff Kurrus, author of Can You Dance Like John? Article by Jenny Nguyen-Wheatley What was the inspiration behind the “crane books?” How did these stories develop? The first time I saw the sandhill cranes, there were a couple of things that stuck out. One was that there are 500,000 to 1 million of them on the Platte River each spring. Two, they all look alike. After doing a bit of research and finding out that they mate …

Best Knives from Field to Table 2018 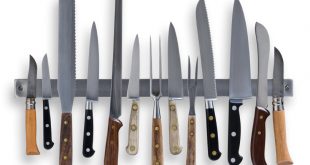 Few things peeve me more than dull knives. As someone who spends a lot of time breaking down game animals and cooking them, having the right tools to complete the job is critical; my food is already dead, and the last thing I want to do is fight with it again in the kitchen. So over the last few years, I’ve put together a collection of knives that I enjoy using most: knives that will take me from field to … 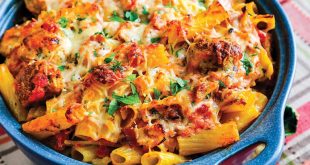 A pasta casserole with turkey, mushrooms and bacon Simple to put together and filling, I love a good baked pasta dish. And having discovered some beautiful velvet pioppini mushrooms at the grocery store, I added them to this casserole for texture and a woodsy flavor that complemented the ground turkey meatballs. However, you may use any mushroom you prefer. The ground meat came from the thighs and legs of a wild turkey, and I didn’t miss the red meat. This … 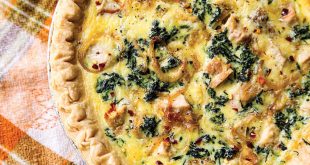 An easy wild game breakfast pie. This is, hands down, one of my favorite pheasant recipes. If you have guests over for the holidays and need to feed breakfast to a large crowd, quiche is the way to go. Cook the sausage, pheasant and shallots beforehand and allow the spinach to thaw and drain overnight. Assemble quiches the next morning and bake. Think of it as a breakfast pie. Servings: 8 (2 pies) Prep Time: 20 minutes    Cooking Time: 1 … 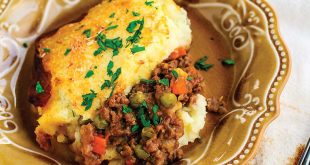 An English/Irish favorite made with wild game. ho doesn’t love a good meat pie? This one is as easy as it gets. There’s no rolling out dough to speak of – no pastry to make. There’s meat, potatoes, and gravy, and it doesn’t have to look perfect. The more “rustic,” the better. Servings: 4-6    Prep Time: 10 minutes    Cooking Time: 1 hour 20 minutes Ingredients: Recipe: Cut peeled potatoes into large chunks and place into a pot. Cover … 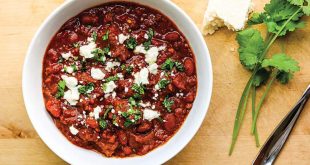 A chili with south-of-the border influence. Lower in fat and every bit as tasty as traditional chili, there are as many versions of venison chili as there are beef.  My take on this classic, cold-season dish is stew-like. This venison chili is slow cooked with both ground and stew meat and also three different kinds of beans for a hearty, satisfying texture. Not-so-secret ingredients include a dash of brown sugar and molasses to create depth and balance out heat. Instead …

There is no excerpt because this is a protected post.