A native of Gretna, NE, a graduate of Gretna High School and Bellevue University, Greg Wagner currently serves as the Communications and Marketing Specialist and Manager for the Nebraska Game and Parks Commission's Service Center in Omaha. On a weekly basis, Wagner can be heard on a number of radio stations, seen on local television in Omaha, and on social media channels, creatively conveying natural resource conservation messages as well as promoting outdoor activities and destinations in Nebraska. Wagner, whose career at Game and Parks began in 1979, walks, talks, lives, breathes and blogs about Nebraska’s outdoors. He grew up in rural Gretna, building forts in the woods, hunting, fishing, collecting leaves, and generally thriving on constant outdoor activity. One of the primary goals of his blog is to get people, especially young ones, to have fun and spend time outside!

A BLUEBIRD DAY IN WINTER

Yesterday afternoon while doing work in the field, I snapped some pics of eastern bluebirds that were hangin’ around a farmstead in western Douglas County. They are so colorful and I had fun watching them and shooting pics of them. I would encourage you to take your camera along or keep it handy anytime you step outside, you never know what you might come across like beautiful bluebirds on a cold winter day! The great outdoors of Nebraska is about … 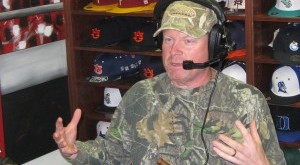