Give Traditional Muzzleloaders a Try

May 10, 2016 How To, Lock, Stock and Bedlam Comments Off on Give Traditional Muzzleloaders a Try 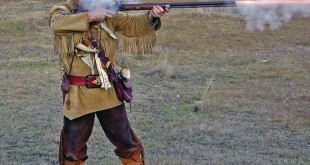 For a long time I’ve thought that somehow I ended up in the wrong century – I’ve always felt just a bit uncomfortable in today’s ever expanding culture of high-tech gadgetry.  I’ve been interested in history, especially American history, for about as long as I can remember, and one of the era’s that most intrigues me is that of the American frontier and the days of the “mountain men.”  Their tenacity and self-sufficiency is awe inspiring.  Many of them survived … 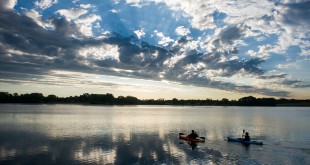 Have you made your spring park plans already?  Bob Hanover, from Nebraska’s State Parks will be in studio with Jeff and Hershy to get you the details on maximizing your outdoor adventures this spring.  Discover your new favorite camping place, nature activity or spot away from it all as they explore the treasures available to all park visitors. Nebraska Outdoors radio can be heard every Thursday evening starting at 6 p.m. (CDT) online at www.KFORnow.com or in eastern Nebraska on … 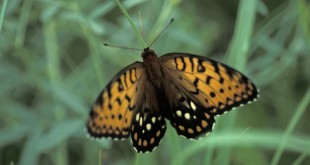 It will be a lesson in lepidopterology when University of Nebraska’s Steve Spomer and Nebraska Game and Park’s Ralph Wall join the guys in-studio.  Discover the state’s diversity of butterflies and some of the current issues these colorful insects are facing.  So, grab your net and tune in the conversation. Nebraska Outdoors radio can be heard every Thursday evening starting at 6 p.m. (CST) online at www.KFORnow.com or in eastern Nebraska on 103.3 FM or 1240 AM. 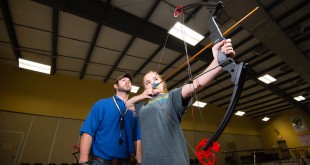 I’m Ross Young and I am an outdoor cooking, basic pistol, and archery specialist at the Nebraska Outdoor Education Center (NOEC) in Lincoln.  The education center has taken on such an important role for Game and Parks and I am proud to be a part of what is taking place at the facility.  I love being able to pass on the traditions I learned as a child. I fondly remember spending summers with my parents, at the lake in our … 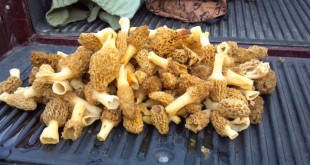 Mushroom-man David Sanders joins Jeff & Hershy tonight to give us some insight into stalking the elusive morel and other tasty fungi in Nebraska.  Season will soon be upon us and is a tasty excuse for getting outdoors.  There is sure to be a recipe or two shared as well. Nebraska Outdoors radio can be heard every Thursday evening starting at 6 p.m. (CDT) online at www.KFORnow.com or in eastern Nebraska on 103.3 FM or 1240 AM.

The Calls of Spring 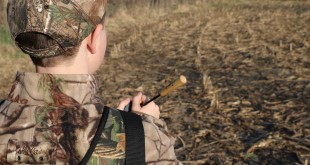 Spring turkey hunting is all about communication.  You make the sounds of a sexy hen and the interested toms gobble back.  Quite simply you are talking to that bird.  Now what you are saying and when you say it is the source of much discussion at turkey camp.  But what you use to make the talk of the turkey can be an important part of the hunt, too. Walk into the turkey call department of any sporting goods store and … 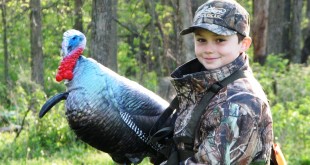 If I had to pick the perfect critter for introducing kids to the incredible pastime of hunting, it would be the wild turkey. They are interesting, challenging and so many of the activities associated with hunting turkeys fit right into a kid’s idea of a good time, like painting your face, hanging out in a fort (blind), saying silly words and making funny noises. I think it’s safe to say, turkeys are just plain fun! Kids love to repeat words … 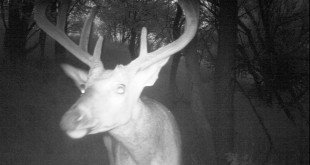 Pretty sure I am not alone in this arena.  I think its a trait of many hunters, trappers and outdoor enthusiasts in general.  We have a curiosity to know just what is happening when we are not there.  We are driven by a deep desire to know what wildlife travel the same wild areas that we do. Now I can think of just two options that address this inquisitiveness.  The first, simply never leave.  (Ok, it’s not a great option.)  …

What’s all the buzzzzz about? Nebraska’s state insect

February 23, 2016 Conservation, Featured, How To, Lock, Stock and Bedlam, Wildlife 0 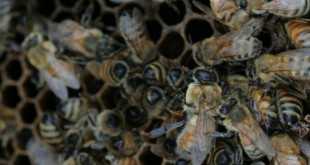 Did you know that the state of Nebraska appointed the honeybee (Apis mellifica) to be the official state insect in 1975? Though not native, these little guys do a lot for us Nebraskans. Honeybees produce beeswax, propolis (aka bee glue), bee pollen, royal jelly, and one of my absolute favorite commodities, HONEY! Honey, or liquid gold, as I like to call it, has endless uses. Spread it on your peanut butter toast, drink it with hot tea to soothe your …

Unleash the Outdoors-Woman in You – Nebraska Outdoors Radio 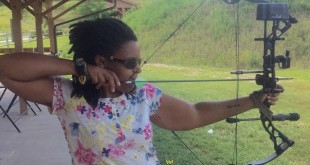 Find ways to release the wild and empower your skills as an outdoors-woman this week as Julia Plugge, NGPC’s Outdoor Education Specialist, discusses building skills and breaking down barriers.  Plugge will have an insiders scoop on events and programs for adult women that are looking to expand their outdoor horizons.  From kayaking to trap shooting and fishing to wild edibles the great outdoors is ripe for the plucking by adventurous females. Nebraska Outdoors radio can be heard every Thursday evening …