greg wagner March 28, 2022 Comments Off on When to Expect the First Morel Mushrooms of the Season

Tersh Kepler of Omaha, NE, one of the Midwest’s foremost morel mushroom hunting experts, is hoping for two things these early spring days: More what he calls “liquid gold” and rays from BOB in the sky.

The “liquid gold” would be more measurable precipitation in the form of rain and the rays from BOB would be warmth provided by the big orange ball in the sky, the sun.

Kepler says the conditions are still dry at this point in Nebraska for a good morel mushroom hunting year and temperatures have been on the chilly side. Besides warm sunshine to heat temperatures just below ground level, morels need an abundance of timely moisture.

Yes, most of Nebraska’s landscape remains dry and is still technically in a drought, according to University of Nebraska-Lincoln State Climatologists. “Even though it has been windy and dry, our ground temperatures warmed nicely in late winter. But, the weather has been primarily on the cooler side of normal since spring began,” remarks Kepler. “But we’ll see what happens from here on out.”

Warm sub-soil temps are critical for morels to emerge.

Kepler knows that balmy weather coupled with favorable spring rains will definitely be needed for morels to rise this year like any other year.

Kepler will be closely monitoring not only the weather but his yard for the appearance of dandelions. Why? Because, that will be his first sign, his trigger that morel mushrooms have most likely popped up in his river bottom woodlands.

Many folks in Nebraska will soon be antsy to head to their morel mushroom picking spots along wooded river and creek bottoms for the tasty spring delicacy. But, when will the morels emerge?

With the morel mushroom, folklore seems to collide and almost mix with science.

Kepler says the sprouting of dandelions in his Omaha yard will be one of the primary indicators of morels appearing, however,  he knows there is more to it.

Whether vigilant for dandelion flowers, tree buds, blooming lilacs or flowering woodland phlox, morel mushrooms are truly at the whims of nature. Their arrival is determined by weather, soil temperature, moisture, the amount of organic matter in a given wooded location and a few secrets the natural world keeps to itself.

Kepler has been hunting morel mushrooms, wild asparagus and other wild edibles for decades, more than 50 years actually. He is on the public speaking circuit and even has his own website dedicated to morel mushroom hunting and foraging supplies: www.morelmushroomsupply.com

Kepler adds that ground temperatures, at least in eastern Nebraska, need to be from 50-60 degrees Fahrenheit (F) about 5-8 inches below the surface for morels to spring, and Kepler closely monitors the temps on Internet sites and with subsoil thermometers in different locations. He also watches what is happening with the harvest of morels in the states to the south of Nebraska.”I especially watch what takes place with the emergence of morels in Missouri,” he points out. “That will indicate to me that our morel picking season in southeast Nebraska is right around the corner.”

Morels grown under controlled/managed conditions for commercial purposes fruit when the soil reaches a consistent temperature of approximately 53 degrees Fahrenheit. When it comes to air temperatures for the morels to push through the soil, ideally they should be in the 60s and 70s in the daytime and no lower than 45 to 50 degrees Fahrenheit at night.

Kepler is cautious about predicting the arrival of morel mushrooms in river bottom woods.

Historically, he says, morels usually show up around Tax Deadline Day which is April 18th this year, but there is much variance. I, personally, have found small morel mushrooms during the opening week of Nebraska’s spring archery wild turkey hunting season – the week of March 25th – in my woodland habitat in southeast Nebraska. Generally, I find most of my morels in mid to late April along Elkhorn and Platte River bottom woodlands, depending on the year.

Now you know when to start checking your morel mushroom hunting spots, don’t you? Better keep an eye out for those dandelions in your yard. Happy hunting! GW.

A native of Gretna, NE, a graduate of Gretna High School and Bellevue University, Greg Wagner currently serves as the Communications and Marketing Specialist and Manager for the Nebraska Game and Parks Commission's Service Center in Omaha. On a weekly basis, Wagner can be heard on a number of radio stations, seen on local television in Omaha, and on social media channels, creatively conveying natural resource conservation messages as well as promoting outdoor activities and destinations in Nebraska. Wagner, whose career at Game and Parks began in 1979, walks, talks, lives, breathes and blogs about Nebraska’s outdoors. He grew up in rural Gretna, building forts in the woods, hunting, fishing, collecting leaves, and generally thriving on constant outdoor activity. One of the primary goals of his blog is to get people, especially young ones, to have fun and spend time outside!
Previous A More Family Friendly Lake McConaughy
Next Fisheries Meetings, Past and Present 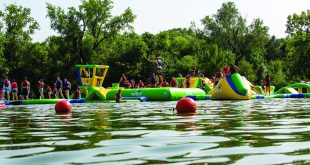 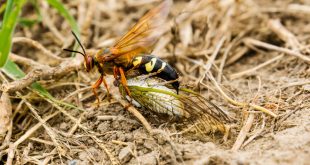