The man was taken to UC Health University of Colorado Hospital with nonlife-threatening injuries.

He and a 27-year-old Omaha man were driving their jet skis in the Martin Bay area of the lake near beach area No. 2 when the 27-year-old collided with the man’s jet ski, striking his leg. The man fell off and was taken to shore.

The Nebraska Game and Parks Commission is investigating the incident. No citations have been issued at this time. 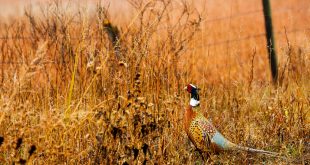