Home » How Many Could I Catch? » plainstopminnow 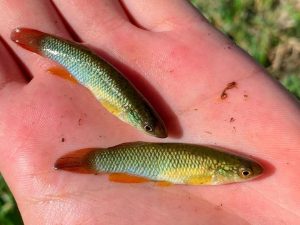 NEBRASKAland Associate Editor Jenny Nguyen-Wheatley was born in Nha Trang, Vietnam, and moved to the United States with her parents in 1992. She graduated from Bolsa Grande High School in Garden Grove, California, in 2008 and completed her bachelor’s degree at UCLA in 2012. Wheatley was editor-in-chief for her high school newspaper and continued to write in college, freelancing for various publications, the Tiger Woods Foundation and writing for her blog FoodForHunters.com. After graduating college, she moved to Nebraska in early 2013 to join the Commission as Regional Editor at NEBRASKAland Magazine. She then became associate editor in 2015. Wheatley enjoys hiking, camping, horseback riding, hunting, fishing and wild game cooking.
Previous How Many Could I Catch?

LINCOLN, Neb. — With soaring temperatures, the Nebraska Game and Parks Commission would like to …