Jerry Kane May 11, 2020 Comments Off on Public urged to leave wildlife babies alone

LINCOLN, Neb. – It is natural for some people who see a young wild animal apparently abandoned by its mother to want to rescue it. The correct course of action is to leave it alone.

— A lone fawn, or other young bird or mammal, may appear to be abandoned or injured, but the mother frequently is off feeding or drinking. Do not move it. The longer the fawn is separated from its mother, the slimmer the chance that it will be reunited with her. In some cases, other deer will adopt an orphaned fawn.

— It is normal for a doe to leave its fawn to keep it from being detected by predators. Predators can see the doe as it feeds, so she leaves the fawn hidden and leaves the area to draw attention away from the fawn’s location.

— Do not try to raise wildlife babies as pets. As animals mature, they become more independent and follow natural instincts to leave and establish their own territories. Rescued animals are poorly prepared for life in the wild.

— Most wildlife babies are protected by state or federal law and it is illegal to possess them.

Jerry Kane is the news manager with the Nebraska Game and Parks Commission. He can be contacted at jerry.kane@nebraska.gov or 402-471-5008.
Previous Commission approves deer, antelope and elk hunting recommendations
Next New Lake Map 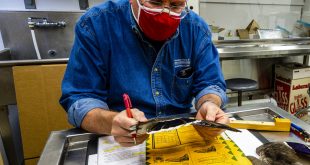 LINCOLN, Neb. — Registration opens May 7 for the Great No Wake Weekend kayak relay …