The amendments, which pertain to daily bag limits, possession limits, length limits and open areas and take effect Jan. 1, 2020, are:

— The daily bag and possession limits on cutthroat trout change from five and 12, respectively, to two and four, respectively, and only one fish in the bag can be 12 inches or longer. Cutthroats do not naturally reproduce in Nebraska and are produced in limited numbers in state fish hatcheries. The change is designed to spread fishing opportunity among more people by reducing individual harvest.

— No harvest of striped bass, white bass or wiper is allowed at Zorinsky Lake. This is designed to protect wipers and allow them to grow to a larger size.

— The channel catfish daily bag limit at Merritt Reservoir and Calamus Reservoir shall include no more than one fish 30 inches or longer. This change is expected to protect larger fish at these reservoirs, which have experienced a reduction in overall size of catfish.

— There is a 50-inch minimum length limit for muskie and tiger muskie at Merritt. This is designed to protect large muskie and establish a destination location and trophy fishery at Merritt.

In addition, the Commission approved a staff recommendation to amend wildlife regulations regarding requirements to obtain a raptor permit for wildlife abatement.

Abatement is the use of a trained raptor to frighten, flush, haze, take, or kill certain wildlife to manage depredation, damage, or other threats to human health and safety or commerce caused by such wildlife.

Wildlife abatement is an alternative technique for handling nuisance animals. The passage of LB 374 by the legislature earlier this year gave Game and Parks the authority to create a raptor permit for wildlife abatement.

Also, the Commission approved a staff recommendation for a permanent easement request from the Custer Public Power District for installation of an underground power line to an existing well at Myrtle Hall Wildlife Management Area in Loup County.

In other business, a public hearing for District 2 (Douglas County) was held for input regarding the potential state delisting of the threatened North American river otter and the state listing of the sicklefin chub as endangered.

The meeting also included an update on the Open Fields and Waters public access program, and report on preparations for pheasant releases prior to the special youth pheasant hunt Oct. 19-20. Open Fields and Waters is a voluntary program that offers financial incentives to landowners willing to allow public walk-in access for hunting, fishing and trapping. More than 347,000 acres are enrolled in the program this year, a 48-percent increase since 2016.

Jerry Kane is the news manager with the Nebraska Game and Parks Commission. He can be contacted at jerry.kane@nebraska.gov or 402-471-5008.
Previous Purchase 2020 permits beginning Nov. 1
Next Special youth pheasant hunt another success 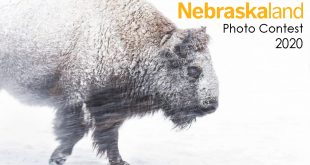