ALLIANCE — The Nebraska Game and Parks Commission is inviting landowners in the northern Panhandle to discuss their roles and opportunities for pheasant management. The public meeting will be 7 p.m. Monday, Jan. 23, at Newberry’s, 104 West Fourth Street, in Alliance.

The Commission will share information about the Berggren Plan, a five-year initiative aimed at improving the pheasant hunting experience in Nebraska. Attendees also will learn about a variety of conservation programs and incentives available to landowners within the “Northern Panhandle Pheasant Opportunity Area.” This area includes most of Box Butte and portions of Sheridan and Dawes Counties and represents one of eight priority areas identified in the Berggren Plan.

John Laux of Alma, the Commission biologist who is leading the initiative, said the Panhandle has a lot of untapped potential for being a pheasant hunting destination, noting  that pheasant densities in this region consistently rank first or second in the state during annual rural mail carriers surveys.

“The northern Panhandle has some of our best pheasant numbers, even rivaling southwest Nebraska,” Laux said. “We’re hoping to partner with local landowners to improve pheasant habitat and increase hunting access throughout the region. This will not only to boost bird populations and expand opportunities for pheasant hunters but also will strengthen hunting’s role for the local economy.”

More information about the meeting and landowner opportunities in the northern Panhandle may be obtained by contacting Commission wildlife biologist Shelley Steffl of Chadron at 308-432-6183 or shelley.steffl@nebraska.gov. The Berggren Plan may be found online at outdoornebraska.org/pheasantplan.

Justin Haag has served the Commission as a public information officer in the Panhandle since 2013. His duties include serving as regional editor for NEBRASKAland Magazine. Haag was raised in southwestern Nebraska, where he developed a love for fishing, hunting and other outdoor pursuits. After earning a bachelor’s degree in journalism from Chadron State College in 1996, he worked four years as an editor and reporter at newspapers in Chadron and McCook. Prior to joining the Commission in 2013, he worked 12 years as a communicator at Chadron State, serving as the institution’s media and public relations coordinator the last five. He and his wife, Cricket, live in Chadron, and have two children.
@Nebland_Haag
Previous Wildcat Hills Offers Muzzleloader, Archery Classes
Next Take precautions to avoid hypothermia this winter 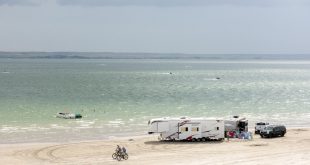 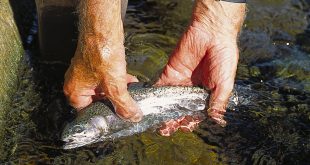