Much to the delight of boat anglers who haven’t been on the water there since 2011, Burchard Lake, one of southeastern Nebraska’s top fisheries, is again open for business following a drawdown for an Aquatic Habitat Program project that was extended by drought.

The 8-foot drawdown of the 26-foot deep, 150-acre reservoir in Pawnee County began in 2012 to replace the 60-plus-year-old, leaking outlet structure. While the lake was down, the Game and Parks Commission built a sediment dam across the north arm of the lake to improve already excellent water quality, spread tons of gravel in the shallows to create or enhance existing spawning beds for bluegill, crappies and largemouth bass, piled rock in strategic location for fish habitat, and spread rock in the shallows to protect and heal portions of the shoreline that were being eroded by wind-driven waves. The agency also built a new boat ramp and a large breakwater to protect it that doubles as a fishing pier, four fishing nodes that will help bank anglers get closer to deep water, and a new latrine. Bass clubs, which hold many tournaments at the lake, cut and piled trees in the lakebed to attract fish.

The work was completed in July 2013 and the lake reopened to bank and kayak anglers, but it wasn’t until heavy rains filled the reservoir in 2015 that boats could get back on the lake. What made it slow to refill is what makes the water quality, and the fishing, so good there: a watershed that is 80 percent grass slows runoff but keeps it clean.

Surveys last year showed fish weathered the drawdown fine, with the usual good numbers of largemouth bass, with some over 20 inches in length, plentiful bluegills with fish to 9 inches and good numbers of crappie, especially in a year class in which fish are now up to 11 inches.

The extended drawdown did have a positive effect. Trees and vegetation that grew in the lakebed are now flooded and provide additional habitat for fish and the aquatic organisms they feed upon.

The project at Burchard was one of many that have been completed, are underway or are planned through the Commission’s Aquatic Habitat Program (AHP) and Angler Access Program (AAP). Using funds paid by anglers, as well as matching funds from other programs including the federal Sport Fish Restoration (SFR) and more than 60 other partners, the program has spent $64 million to improve aquatic habitat and fishing access at 105 Nebraska waters since its inception in 1996.

Most projects rehabilitate aging reservoirs where fishing had declined and need 3 or 4 years for restocked fish to reach keeper size. Others improve access on waters where the fishing was good but boat and bank access was not. The Commission also has been heavily involved in the design of fish habitat in new reservoirs.

The following list details some of the completed projects that anglers will find ready to fish this year.

Kramper Reservoir, Danish Alps SRA, Hubbard: New 219-acre flood control reservoir built by the Papio-Missouri River Natural Resources District and SFR, with fish habitat and area amenities design help from Commission. Opened in 2015. Anglers will find a fair number of 8-inch bluegills and high numbers of largemouth bass, most in the 11- to 13-inch range with some exceeding 15 inches.

Clear Lake, Brown County: A public private partnership with help from AHP and SFR renovated this private lake late in 2012 and opened it to the public. A new public boat ramp will be completed by summer 2016 and anglers can find keeper-sized panfish and bass
Willow Lake WMA, Brown County: Renovated in 2013, lake is producing quality bass, bluegill and perch.

Gracie Creek Pond, Burwell: Washed out by flooding in 2010, the pond was dredged to deepen it and a new outlet structure installed to keep stocked rainbow, brook and cutthroat trout in.

Iron Horse Trail Lake, Du Bois: AHP, SFR and Nemaha NRD rehabilitation, stocked in 2011-12. Reservoir boasts one of the highest bass densities in the state, and some larger bass and bluegill.

Victoria Springs SRA, Anselmo: AHP project, stocked in 2013-14. Small but numerous largemouth bass and some keeper bluegills. The park’s paddleboats are back on the water as well, no longer shut down by excessive vegetation in summer thanks to deeper water. 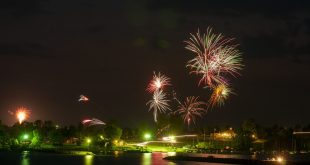