Good Heavens, Helen, what are those birds doing?

Cliff Swallows are one of the most common, if not the most common, bird in Nebraska. Historically, they placed their melon-sized mud nests on the sides of cliffs, then people started building them nice, solid, secure concrete cliffs (road culverts and highway bridges). They now nest almost exclusively on those structures. Every year, a few pairs nest solitarily, but the vast majority nest in colonies ranging from 2 to 6000 nests in size. Most nests contain 2 adults and 3 chicks (from 4 eggs laid), so a bridge supporting a 6000 nest colony may have 30,000 Cliff Swallows living on it.

But before they can lay eggs and raise chicks they’ve got to collect mud and build those nests….. It’s hard to see the details of Cliff Swallows’ plumage and behavior when they’re flying tens or hundreds of feet in the air foraging for insects. They are lovely creatures with their white foreheads, orange rumps, blue backs and chestnut throats. Males and females are alike in plumage and size. Males may have a larger blue patch on the base of the throat, but that’s not an entirely reliable way to tell males from females. Cliff Swallows are delightful to watch when you find them on the ground collecting the mud they use to build nests in colonies underneath bridges and road culverts. They use their lower mandible like a trowel to pick up a glob of mud in their beak — a nest might be made of as many as 1500 beak-fulls of mud. When Cliff Swallows are on the ground at a mud hole, you’ll always see them fluttering their wings behind their backs. Why do that, you ask? Well, mostly it’s to keep their wings out of the mud and clean so they can take off easily for a quick flight back to colony. No matter how tidy they try to be, sometimes they do get mud splattered on the top of their heads. Generally, things are peaceful at the mud hole with a constant stream of birds flying back and forth from the colony. But, think about it, a female bird collecting mud to build a nest is a female bird about to lay a clutch of eggs and those eggs need to be fertilized. Keeping their wings fluttering behind their back is a way for females to deter ‘extra-pair copulations’, but it doesn’t always work out so well. Paul Harvey may have put it best when he commented about Cliff Swallows on his daily radio program a number of years ago saying that “their instinct may dwarf human wisdom”. Mary Bomberger Brown is a Research Assistant Professor in the School of Natural Resources at the University of Nebraska-Lincoln and spent years and years and years studying Cliff Swallows in western Nebraska.

Joel Jorgensen is a Nebraska native and he has been interested in birds just about as long as he has been breathing. He has been NGPC’s Nongame Bird Program Manager for eight years and he works on a array of monitoring, research, regulatory and conservation issues. Nongame birds are the 400 or so species that are not hunted and include the Whooping Crane, Least Tern, Piping Plover, Bald Eagle, and Peregrine Falcon. When not working, he enjoys birding.
Previous Burchard Lake Boat Ramp Now Open
Next Free Archery Event in Lincoln on June 13 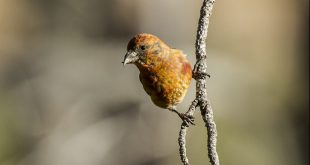 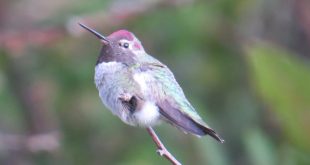