We have had an “on again, off again” ice fishing season this year.  As the calendar rolled into February I was seeking treatment for depression after an unusually warm January had brought my ice fishing season to a premature end.  Then as it usually happens in Nebraska, the weather, the climate, changed and it got cold again and my ice season was re-born.  I was thrilled to have a second season.  Actually, with the freeze/thaw cycle that we had repeated several times this past winter, I should say this was my “third season”, but honestly our first ice-fishing season this winter, the one clear back at Thanksgiving, froze up and thawed before I could even get on the ice!

I am always hoping for a lot of time on the ice late in the winter.  As the amount of daylight lengthens and the thaws begin, fish activity picks up.  Late ice is some of the best fishing of the year, on ice or open water, and that is the reason I push the ice fishing envelope as late as it is safe.  On that subject, let me again play the part of “Daryl Downer” and remind folks that a person has to be sure it is safe every time they walk onto the ice, Safety First.  Anytime you are not absolutely confident that you can walk onto the ice and be safe, walk away from it.  I have never fallen through, but there have been plenty of times when I walked away from it, walked away from it when I knew the bite was hot.

In my experience, when we have a thaw that results in open water and then a re-freeze, the bite is tough once a person can get back on the ice.  Conditions change dramatically once a body of water freezes over; the cap of ice actually stabilizes conditions under the surface and fish behavior settles into daily patterns of feeding and resting.  If we get a thaw that results in open water, conditions under the surface change, things are “stirred up” with the mixing of the water, fish behavior changes, and then if there is another freeze up and cap of ice it takes some time for the fishing to improve.

The bite my fishing partners and I had in our “second season” this past few weeks was a tough one, we worked for everything we caught.  But, we caught some nice fish!  Is not that fishing?  I have fished a lot of really good fisheries in Nebraska and out of state.  Never have I fished anywhere that big fish lined up to bite on a person’s line.  In all cases, even on the best of fisheries, I have discovered that a person usually has to work at catching fish.  Often you have to scratch a fish here and a fish there, spending time figuring things out.  At the end of a trip, there will be some fish caught and maybe even some outstanding fishing, but no matter where a person fishes, no matter the reputation of the fishery, an angler has to put in time on the water, learn some things, and then cash in when the fish are biting.  Lots of waters have great potential; realization of that potential comes only by applying what you know and spending time on the water.

So here are a few fish my partners and I caught in our “second season”.  There were not a lot, but we dried off a few! “I caught you a pretty bass” Is there anything purdier than a big, fat bluegill laying on the ice? My ice fishing season is not complete unless there is at least one “pound rounder” that comes through my ice hole.  Mission accomplished! We fished until the end, until it was not safe anymore.  Did not catch a lot during our second season, but while many did nothing more than talk about it, we dried some off including a couple of Master Angler fish, all from Nebraska public waters, all released to be caught again.

“See you next year.” Yep, see you next year! Daryl is a lifelong resident of Nebraska (except for a couple of years spent going to graduate school in South Dakota). He has been employed as a fisheries biologist for the Nebraska Game and Parks Commission for 25 years, and his current tour of duty is as the fisheries outreach program manager. Daryl loves to share his educational knowledge and is an avid multi-species angler. He holds more than 120 Nebraska Master Angler Awards for 14 different species and holds more than 30 In-Fisherman Master Angler Awards for eight different species. He loves to talk fishing and answer questions about fishing in Nebraska, be sure to check out his blog at outdoornebraska.org.
Previous Private Archery Instruction Offered at Outdoor Education Center
Next Go Outdoors, Take a Hike on WOWT 6 Outdoors! 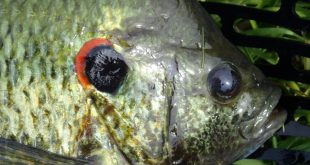 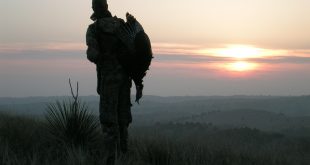