Fall Fishing at its Finest

It’s the time of year when the fish are filling their bellies as much as they can, because like us, they know what’s coming. The conditions the past couple of weeks have been great for getting on the water, and with the first cold snap came a great bite. It’s time to capitalize on it while you can.

There were some great days to be outside in October. I believe one day we even had record highs near 90 degrees! This was good, but in three days, we put only 10 fish in the boat. One fish was a nice fat 21” sauger from the Tri County Canal system, but it sure would have been nice to get more fish than that. I believe the blue bird clear sky days brought enough high pressure to the area that it slowed fishing down some. Add in little to no wind at times, and that sealed the deal.

During this slow time, we had minimal success at Sherman a few days, but when we had fish on, they were worth it. There were a few walleyes being caught here and there, but not on a regular basis. During this time, the flatheads seemed to be more active than any other fish, and while fishing with my friend Ben Garver, I managed to hook one. Biggest fight of my life as this fish went 49” long with a girth of 30”. This fish hit a jigging spoon, weighed about 50 to 55 pounds, and was an absolute blast to bring in. Ben also had a 41, 58 and 63 in his boat, among others, during this month long stretch of nicer weather.

Once the cooler nights finally arrived, that triggered the fish into the action we’ve been waiting for. The clouds of baitfish are very plentiful this year, as in most reservoirs you can go about anywhere and find baitfish. This has been true for me at Harlan, Sherman, and the canal system. They are finally starting to compact and school up, which makes finding fish a bit easier. Find the bait, and the predators will be either below them or not too far away. Right now, the fish and food are still spread out over a wide area, mainly because this year we’ve had no shortage of prey. One good way to find these fish is trolling, because you can cover a wide area and find at what depths the fish and bait are active. Most of the time in the fall, when you find the magic depth where fish are holding, you can put a pattern together pretty quickly. Whether you are using slab spoons, throwing jigs or trolling, you can have success quickly.

A perfect example of that was a recent visit to Sherman once again. We tried one pattern and I was sure that it would work. When we had no fish after a few hours of trying, we switched things up and had a nice 27 ½” walleye in 20 minutes. Keeping with the same pattern gave us three more fish in the afternoon, including another 27” walleye, and one that was just short of 28”. Of course, all these fish go back with the slot at Sherman, but they sure make for great pictures. Personally, I’d rather have the pictures than keep a big fish. Using this pattern for a few days gave us a few more nice fish, including 28” and 29 ½” walleyes, a 31” channel cat and 34 ½” flathead. We also caught a smaller flathead under 5 lbs, which is fun because even though it’s getting chilly out, they still give a great fight. It took my friend Chad at least 10 minutes to bring the larger flathead into the boat in big waves. All these fish were released to get bigger and make even better pictures in the future.

So get out and enjoy the fall fishing while you can. The weather will crash soon, and patterns will definitely change. Some of you will take the rifles out and go after deer, but for those who keep at fishing, it can be very rewarding. 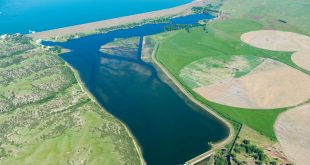 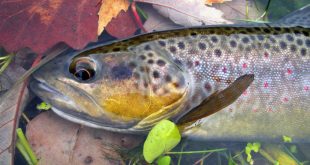 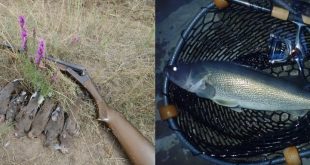